Starting up the Hudson, I think this is Columbia College, foreshadowing the mansion we would see on the river. Stephanie and I used to live in the Poughkeepsie N.Y. in the early 1990s so we geographically know the area.  Stephanie has been to most of the mansions, and the Franklin D. Roosevelt Presidential Library so we understand the area has magnificent estates. 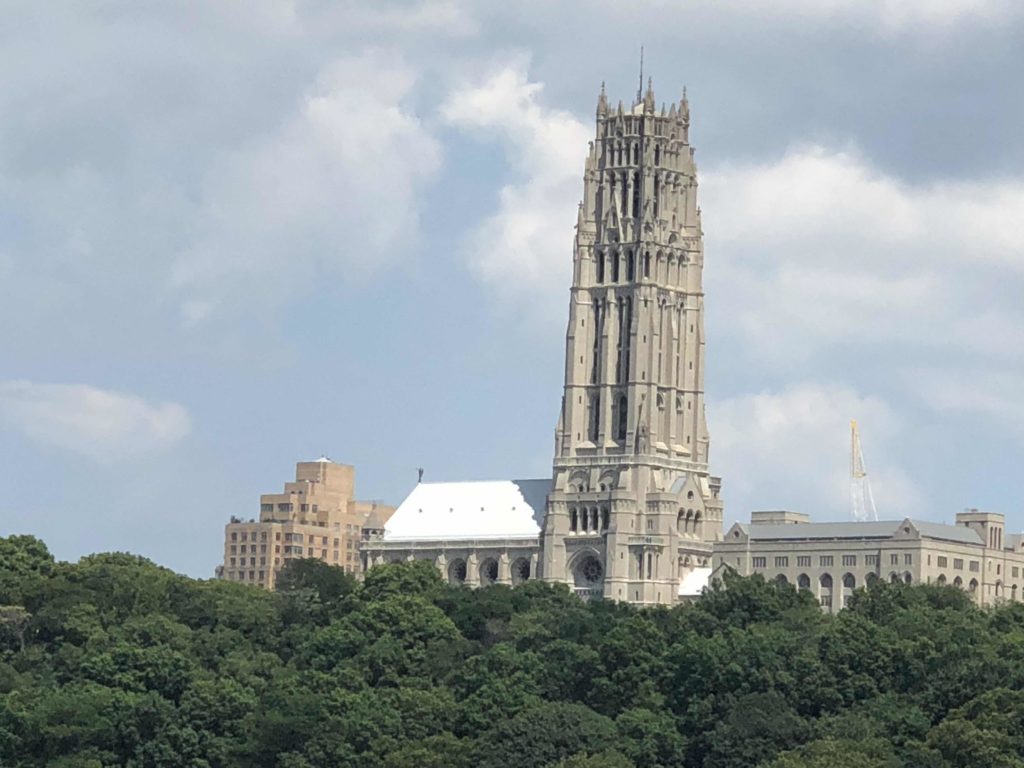 Then the replacement of the Tappan Zee Bridge which is cool engineering. The Captian of this vessel on the right asked our intentions and if we would mind waiting for him… of course we complied! 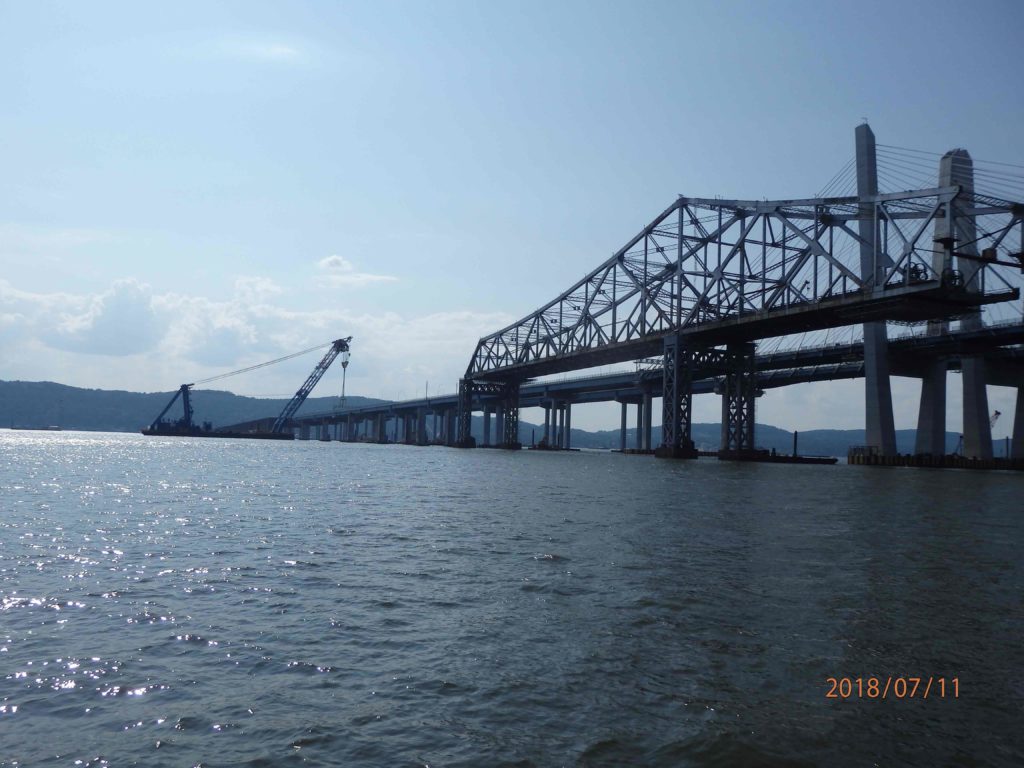 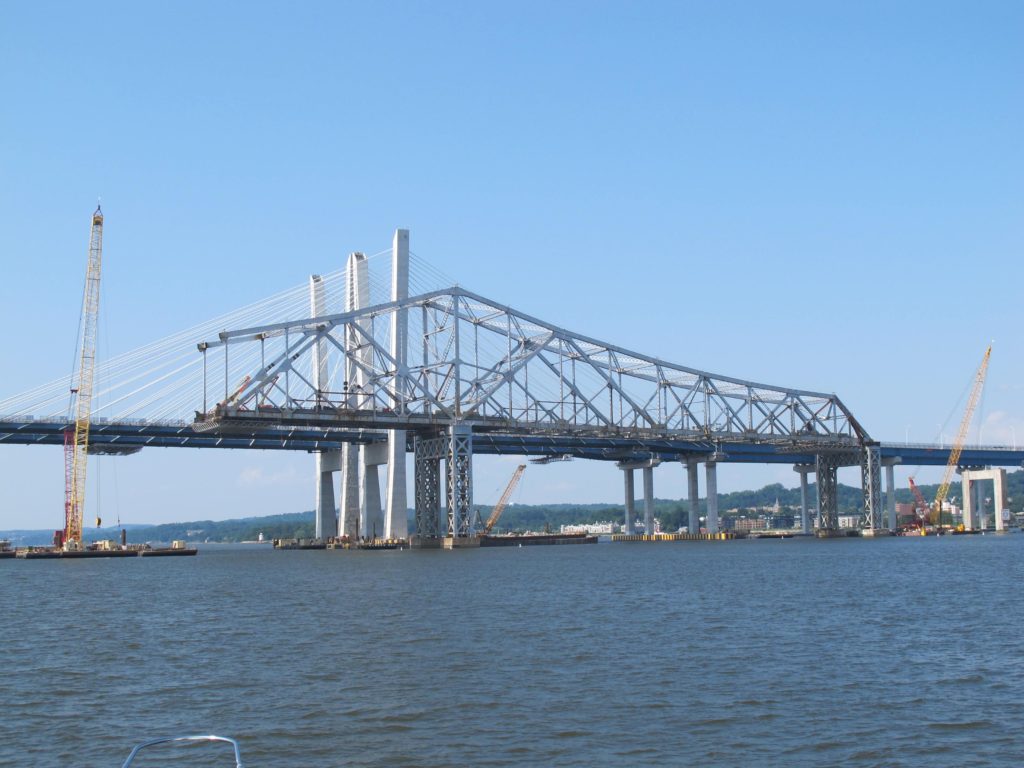 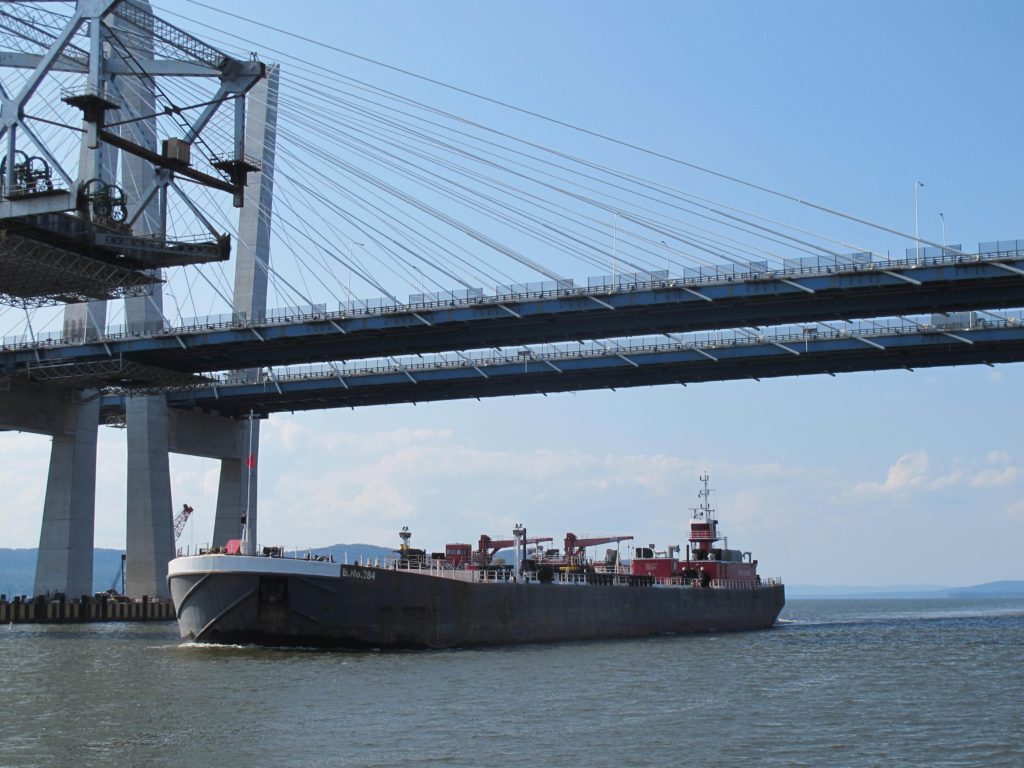 Then on to Halfmoon Bay Marina (the Hudson one not the California one). We got an easy slip on the end of a finger and that easiest continued into the sunset. Nice staff but not much in the way of services for the fees, just washrooms, showers and pump out. There was no Wi-Fi where we docked (although there is in other fingers our boat was rather big to move into those) and we not allowed to use the pool, no laundry facilities. Pretty place… 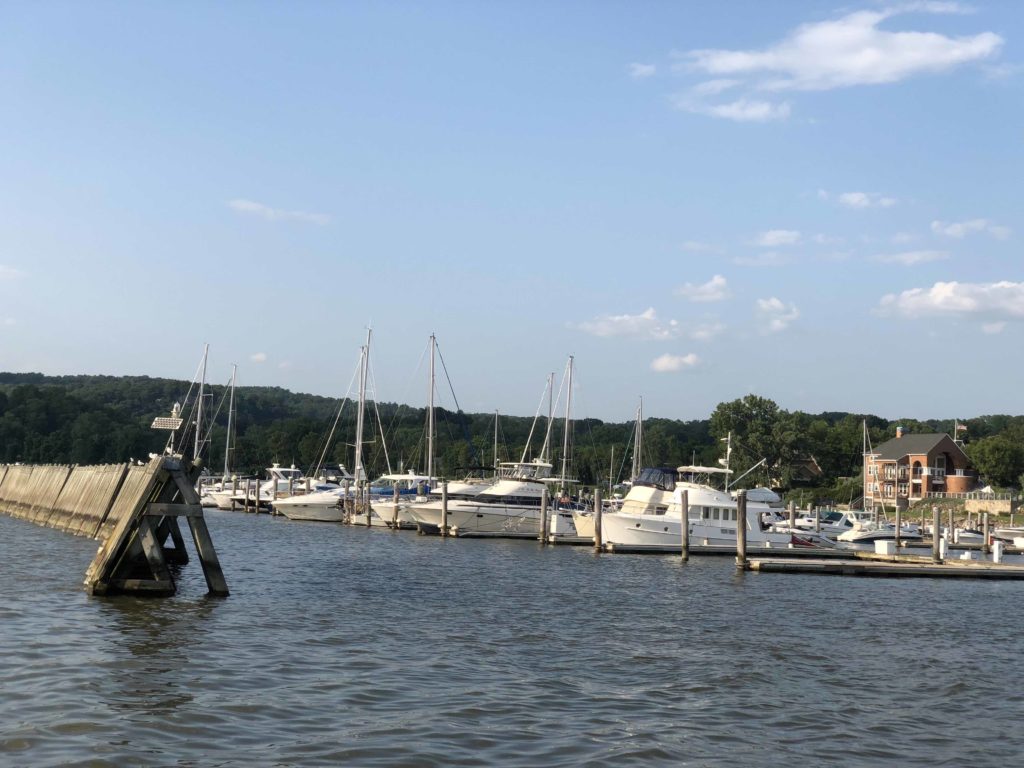 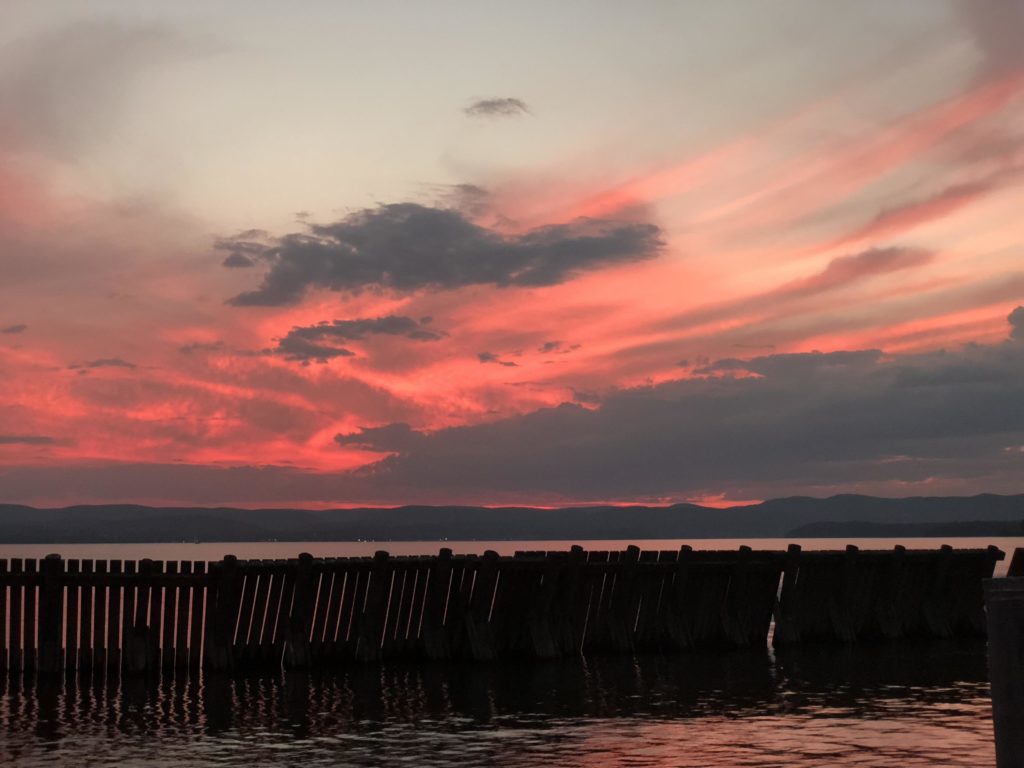 A great breakfast with longtime friend Peter Andrews aboard. Poor Peter got stuck with many a package of parts and kindly brought them along. More of Mark’s pancakes and a long warm and friendly discussion ensued. It was a shame to have to wrap up our visit but some of our crew are Canadian and visiting the US they only have so many days per year they can spend in the US so each is carefully considered.

Wi-Fi and network costs continue to be a challenge. Most marinas do not provide it. Managing the pictures, publishing the blog, navigation, etc. all consumer tremendous amount of bandwidth. As well, we have the issue of half the trip being roaming in Canada. We pay hundreds of dollars a month for Cellular Data and still have to ration it as carefully as our fresh water. All these “Unlimited Plans” have caps. For AT&T is 15Gb a month and we consume that in a few days even though we back nothing up to the Web. Verizon is better on their cap and their network is faster but we keep both AT&T plus Verizon to maximize our cell coverage as we are in remote regions. Verizon caps data in Canada at .5Gb per day so one just can’t win.

Departing Half Moon Bay thanks to the kind proprietor. 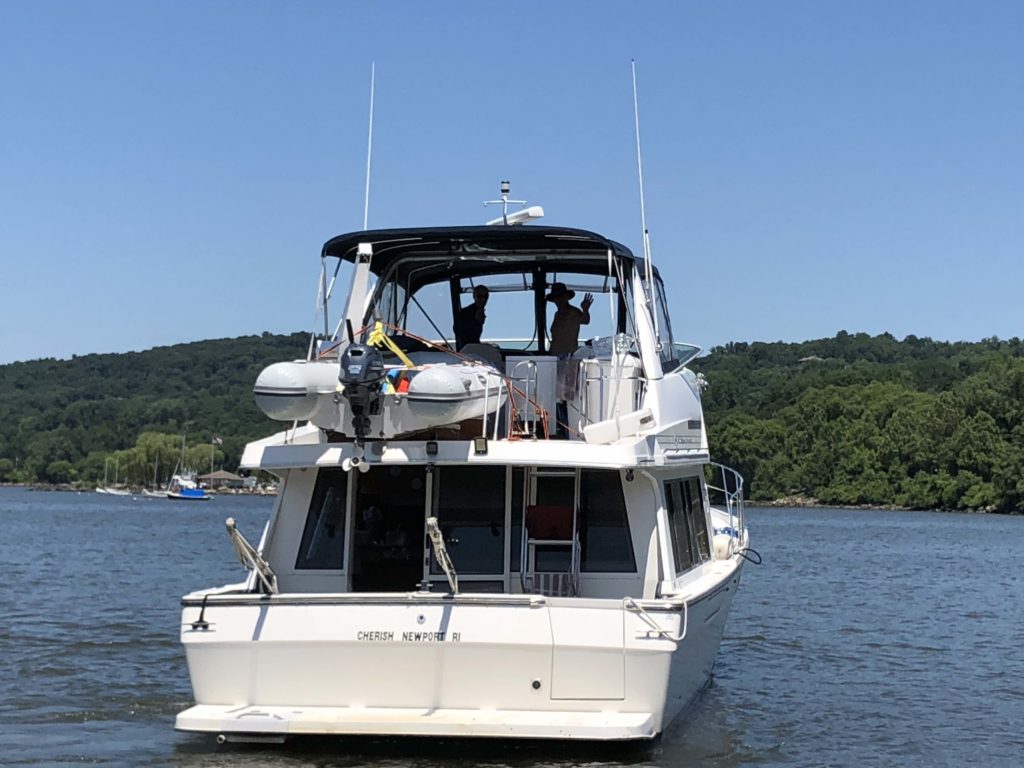