Port Washington was a lucky find. We found a mooring ball and very close, a Stop and Shop grocery store. In fact, it had a dingy dock across the street so we made several runs for provisions with Fitz during our stay.  Port Jefferson also became a rental car destination for us as we had to search for toilet (marine head) parts. We end up going to Farmington, NY and found a distributor for Vacuflush that was very helpful. There is always lots of laundry to be done and so we had did more in Port Jefferson. Mark and Stephanie did a lot in an all-night laundromat in Fall River and so more laundry that poor Stephanie was tasked with in Port Jefferson while we drove for marine head along with others parts from various stores all the way across Long Island. 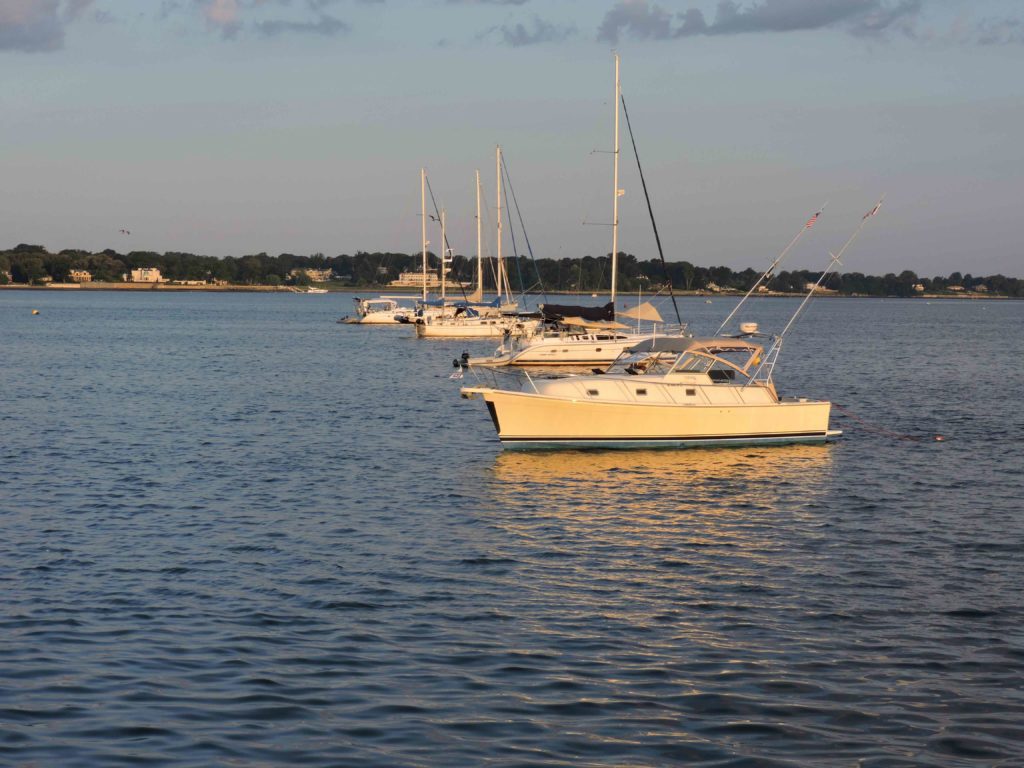 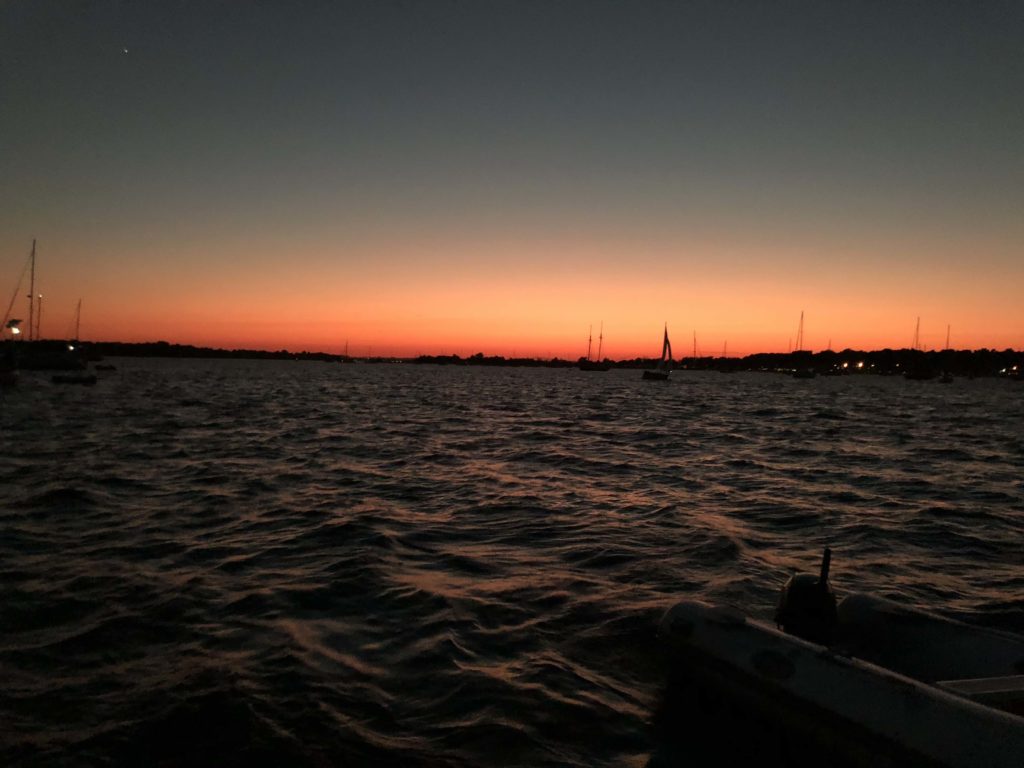 We won’t focus on the “pump out” stops during this blog but be a way that a boat is like a small city. It has its own power, light, water, sewage, communications, etc. Pumping out the sewage from the marine plumbing is part of the every other day type processes. We care 140 gallons of fresh water that needs to be resupplied often but of course one uses water very wisely while on board.

Since we had a car we made a road trip to New York City. Mark and Stephanie went to Katz’s Deli for a smoked meat sandwich (and a big bill) while Currie (the vegetarian) drove the car in circles. It wasn’t Currie’s first time to Katz and I’ve had the coleslaw before. Next, we parked at our apartment on Park Avene and went into central part. Our apartment was really just a Hertz Ford Fusion and parking was $4.  They had their smoked meat and I has coleslaw. 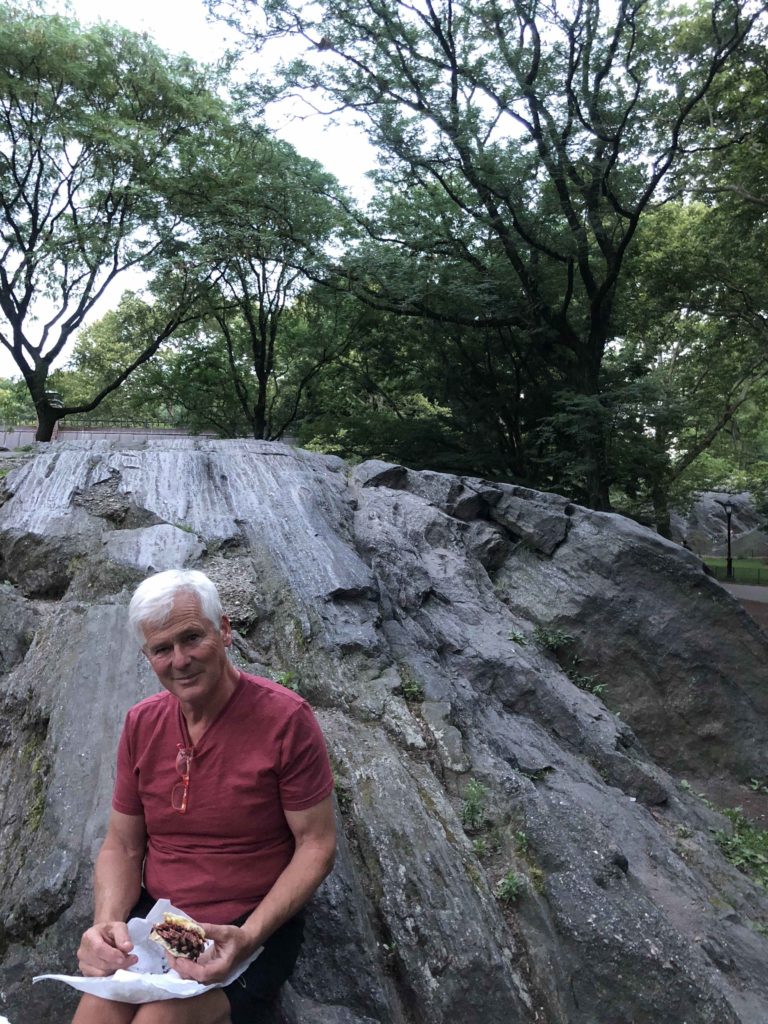 On the last morning, while Currie returned the rental car, Mark caulked the bathroom and Stephanie and Mark “pumped out” Cherish and bought diesel for a new day… the trip into NYC on the waterways.