Departing Montreal we see ships that we have seen before and realize how small the active fleet seems to be, or at least on runs we have been on.  Interestingly the formal government riverway guide says that the same ships take wheat from the lake head (Thunder Bay) out of Canada and transport iron ore in the same holds on a return trip, hence our flour and cereal is already fortified with iron.

Lot of ships to keep us eyes wide open navigating the St. Lawrence. 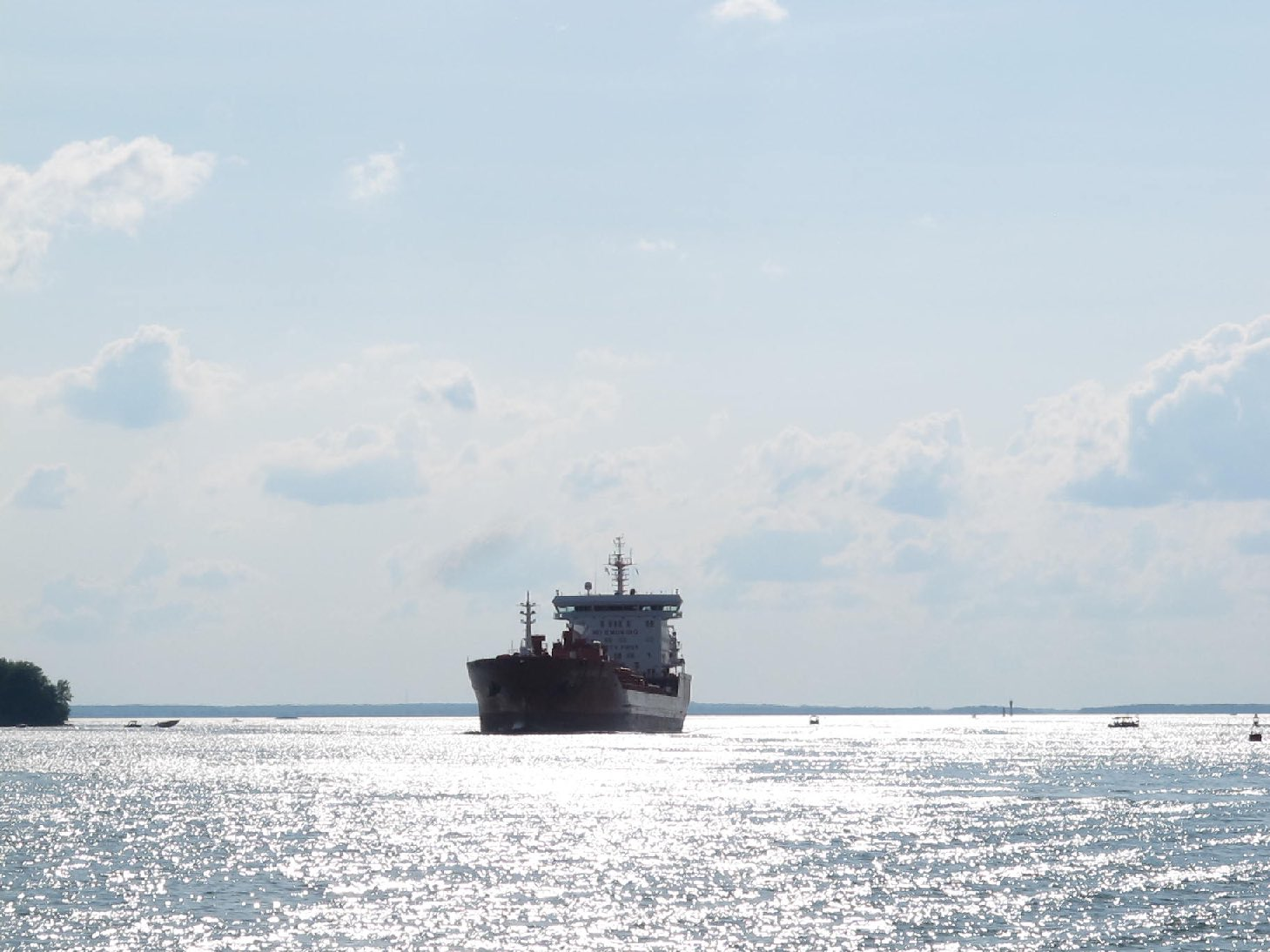 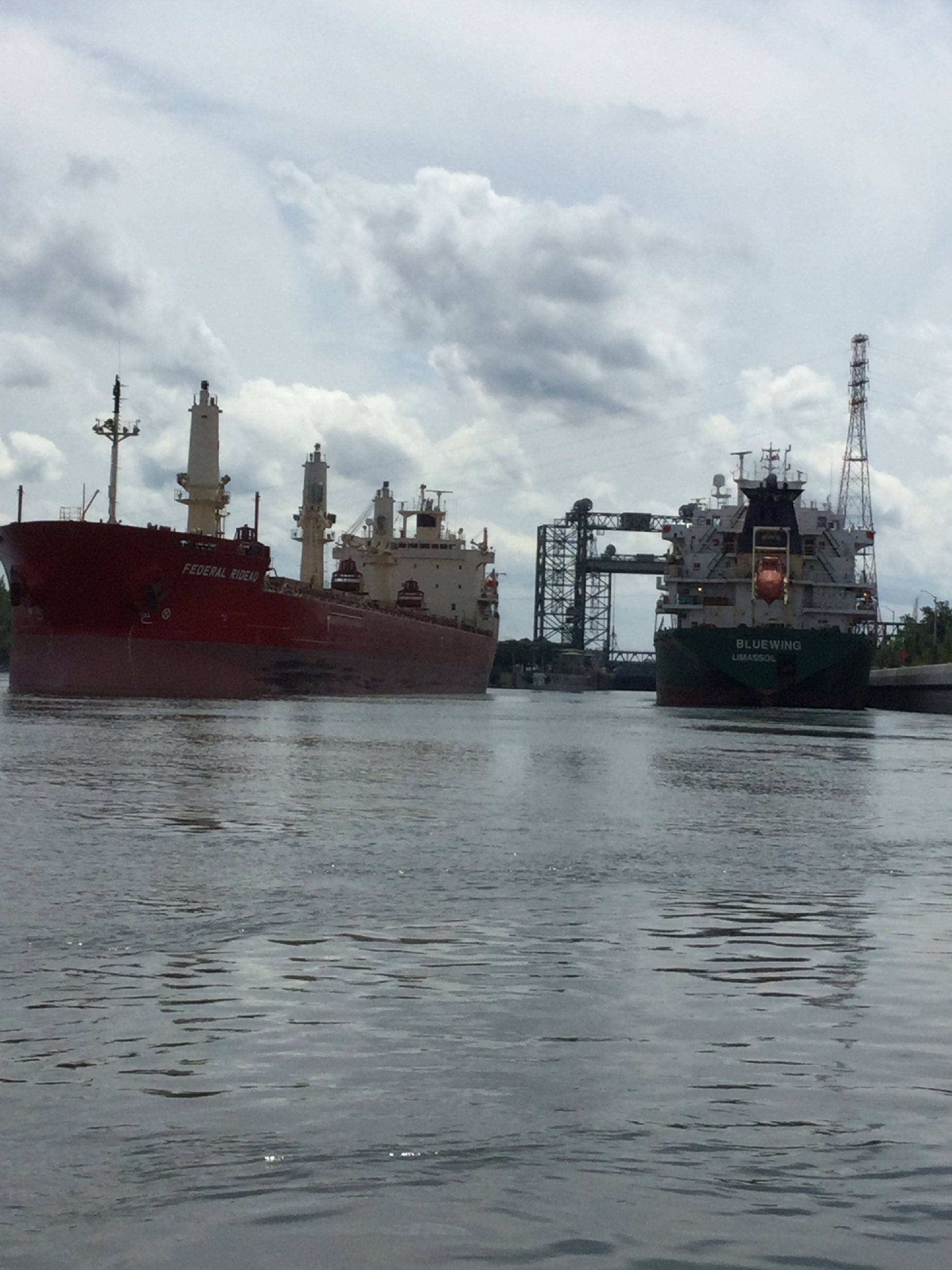 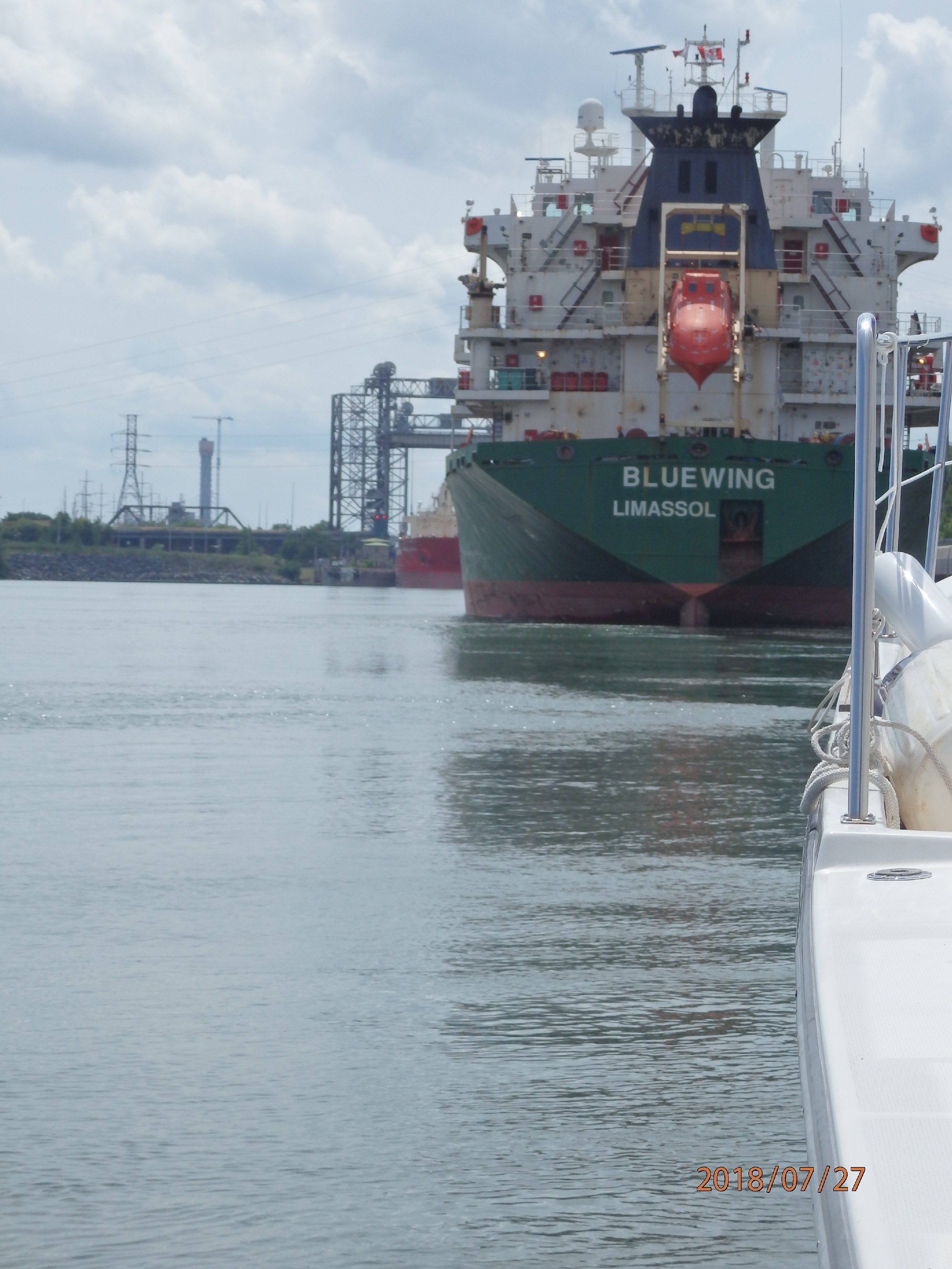 On the way into and out of Montreal, we saw the building of a new, impressive, and clearly expensive Champlain Bridge into Montreal. It looks like Star Trek Voyager would be simpler and cheaper to build. 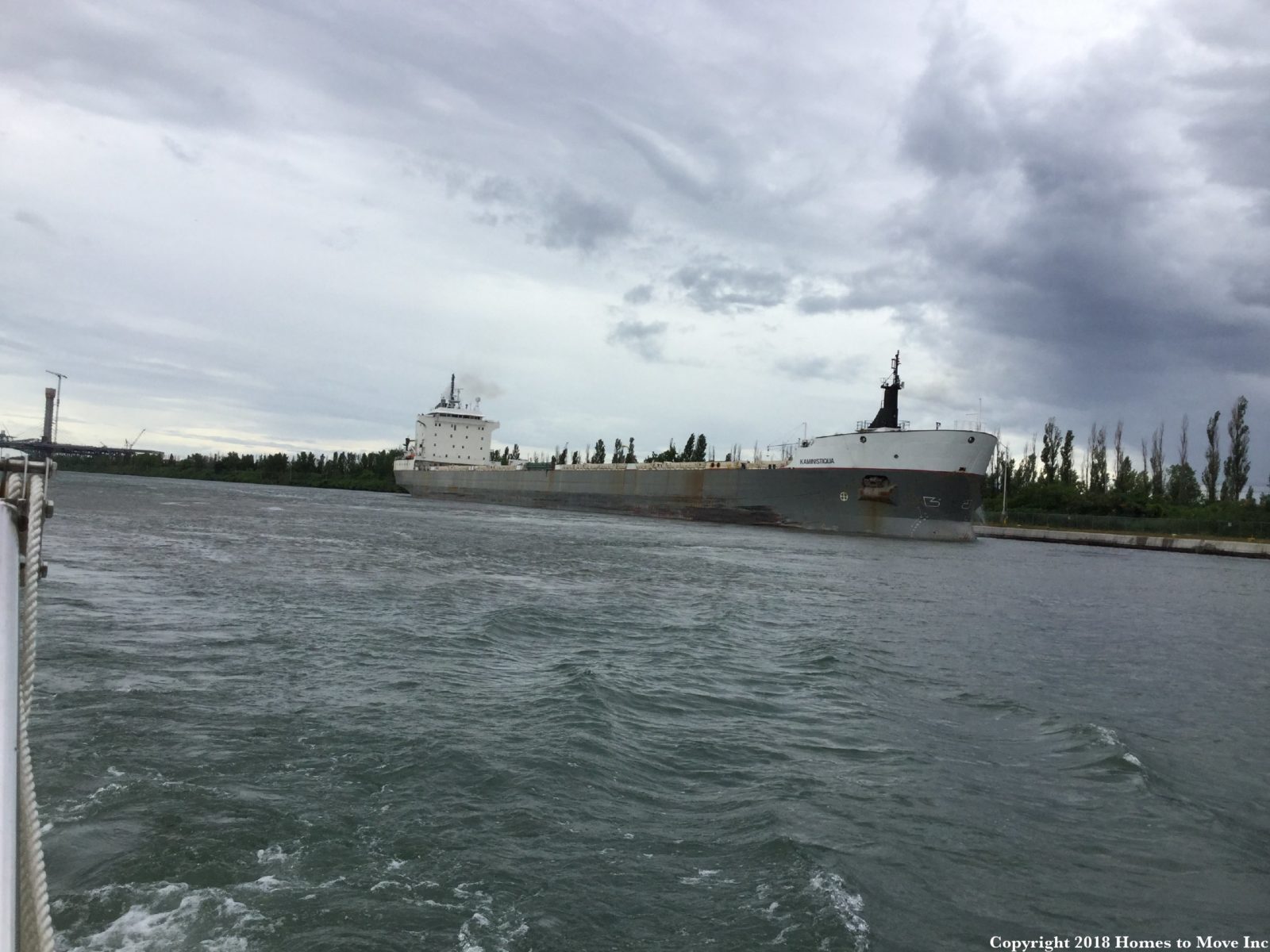 Mark and Currie stopped for a quick swim but we could not talk Patrick into it yet as he is used to his 90 degree California pool. Quickly during the trip Pat started joining the daily swim.

Out of pure synchronicity and after a trying day of navigating waterways, including what can only be described as a drain-pipe, at Poine De Brucy, we accidentally ended up in lovely Sainte-Anne-de Bellevue.

For the landlubber education, this is a navigational chart. Yellow is the land and as you see there are very few references to landmarks or even cities. Green areas are islands, dark blue with red dots are things that are almost land (you can see the 1 and 2 and those are depth in feet. Cherish needs 8′ safely idle through (but formally draw 4′ 2″). The lighter blue with dots is areas a bit deeper like 8′. The light blue with no dots is the only safe area like 18′. When we say a drain-pipe see the sharp turn at the bottom middle of this chart, coming up to the left side of the red buoys and then through that trough (with yellow walls) was about a wide Cherish and we met another boat mid-trough. 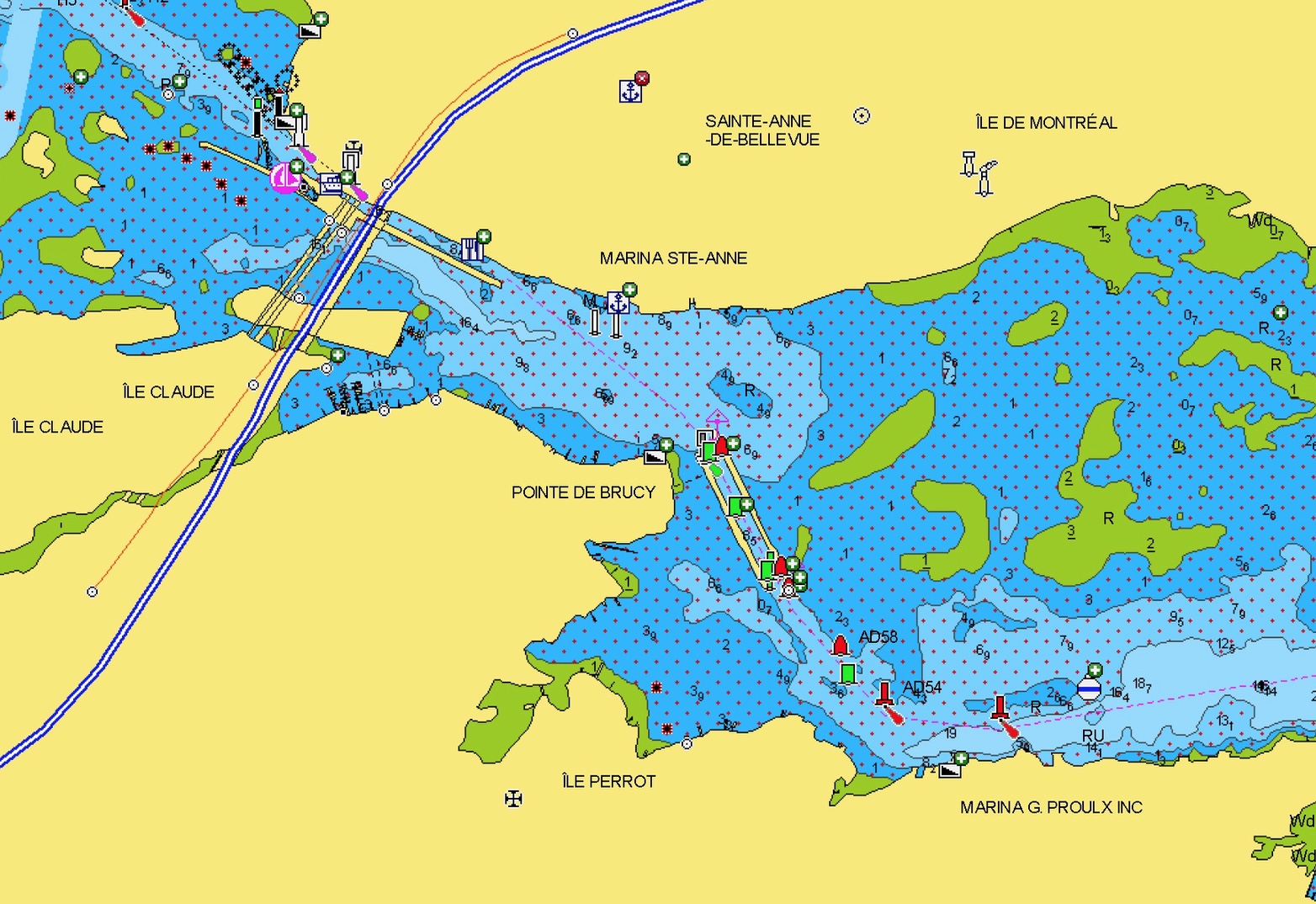 We found a paid tie up area on the canal wall to the lock at Sainte-Anne-de Bellevue. This wall is managed by Parks Canada and they receive the overnight fees.  They fold up the invoice in the lines that you tied your boat up to so that when you go to cast off you have to have found the bill.  More education ropes are ropes on land and ropes are lines when on a boat.  That is Cherish first on the wall. On the other side was another Bayliner 4788, which is surprising as most 4788s are on the West coast for two reasons. Most were made in Washington State and if they were made in Washington then they had to be trucked to the East coast. Cars are all less than 8′ wide and most less than 6′. Cherish is 15′ wide so it does not travel well cross country by road. 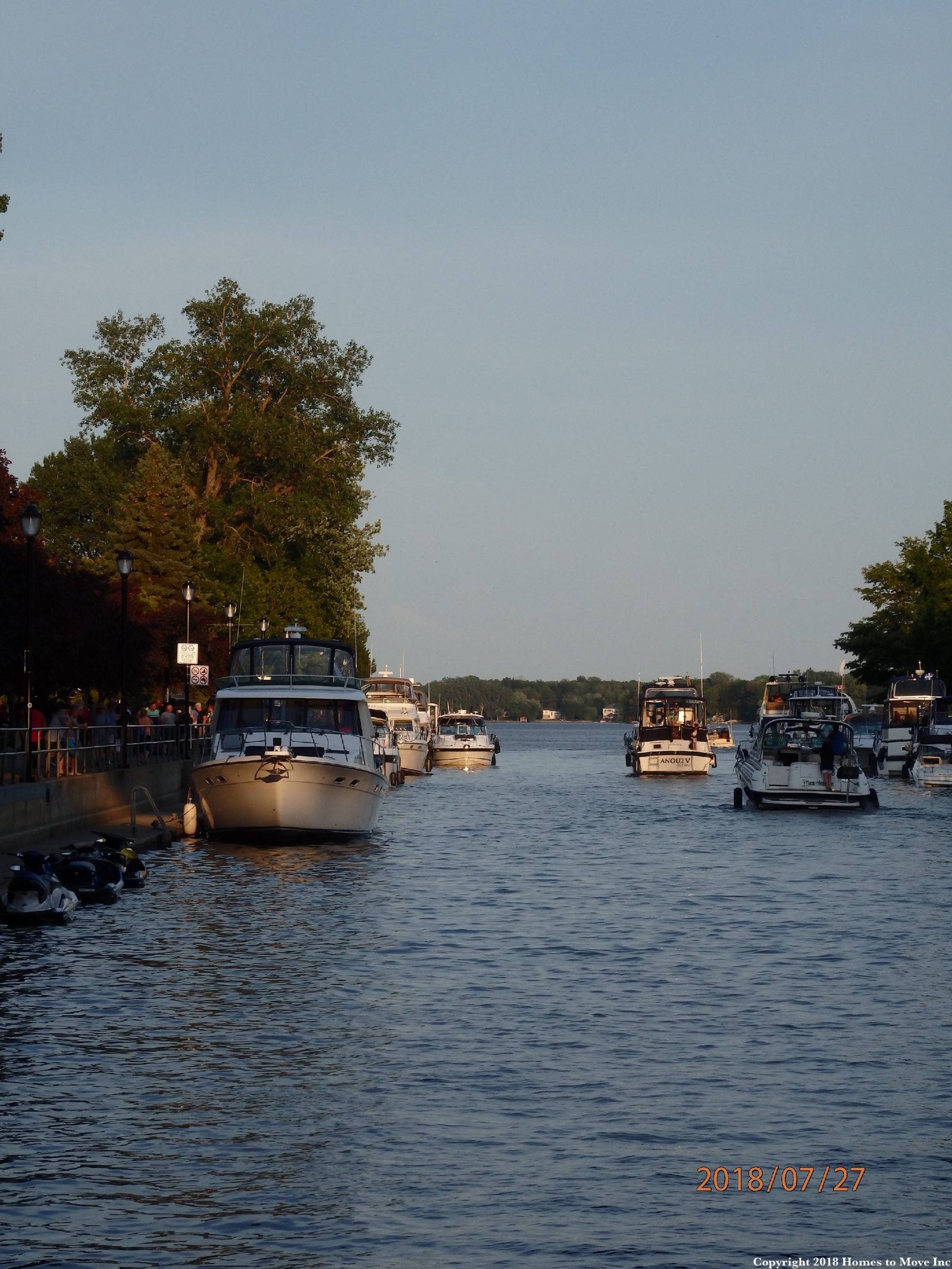 There was a Salsa Street party going on and all seemed to be having great fun. 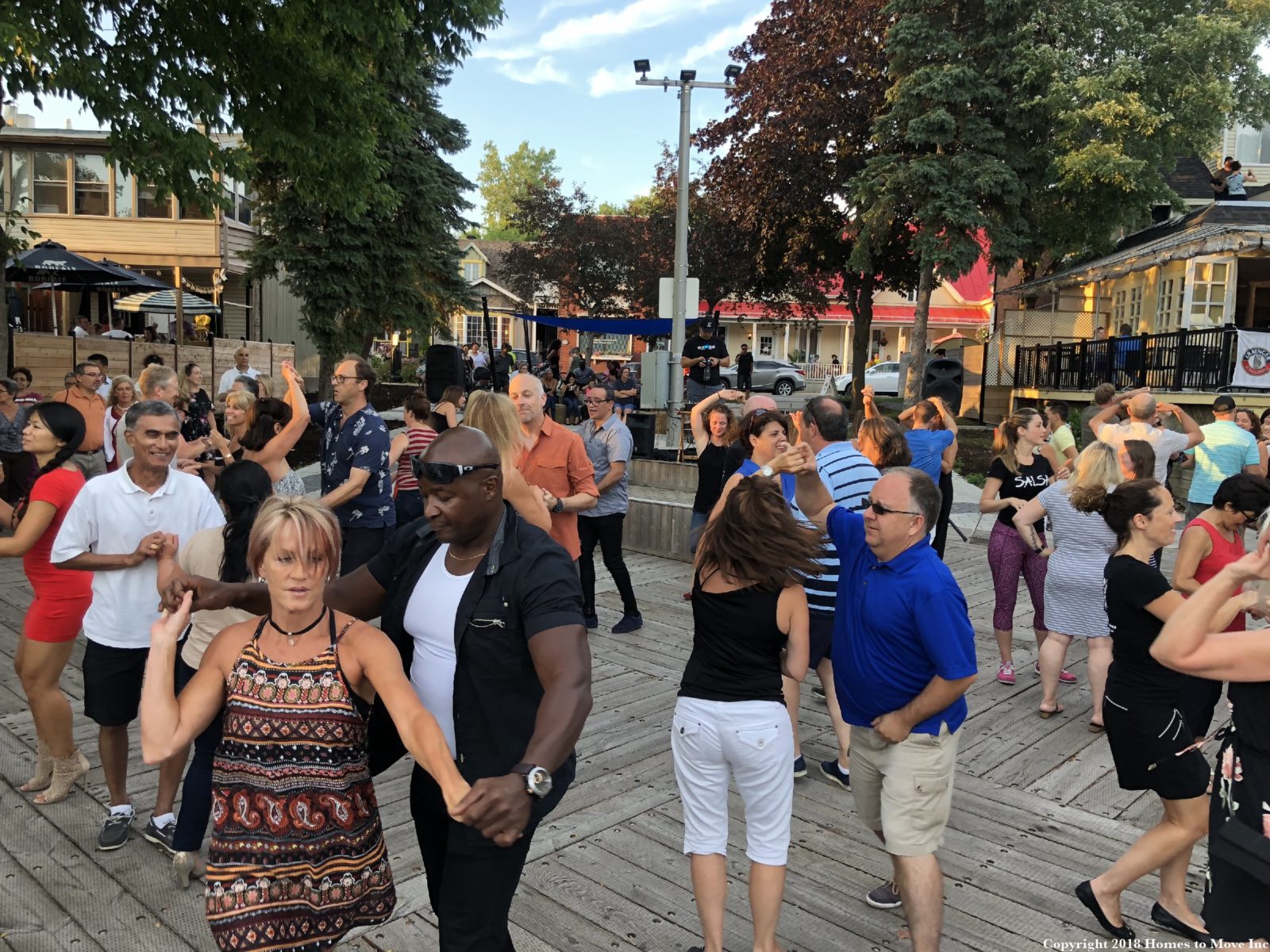 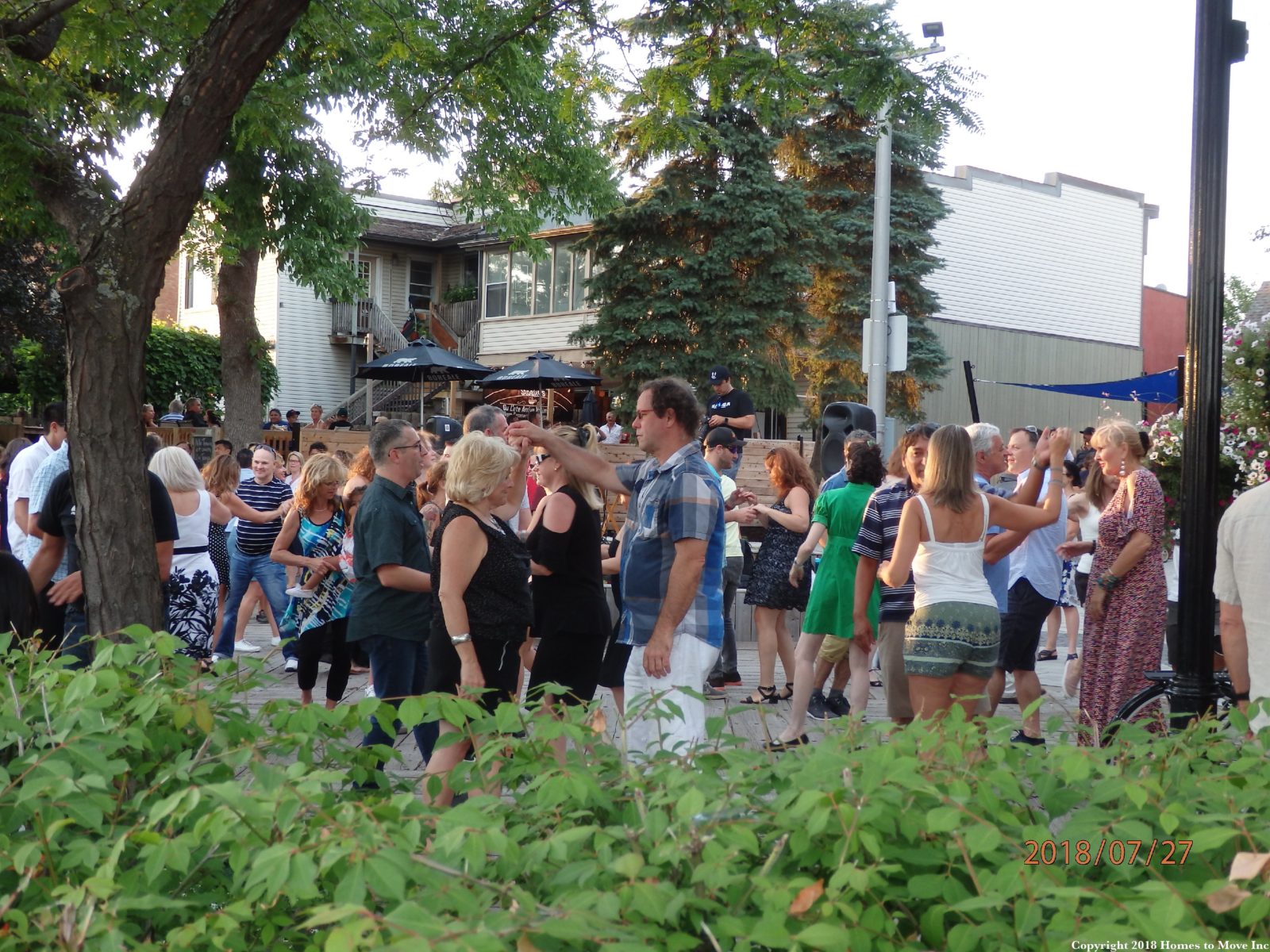 After much more back and forth than was needed but largely we settled for a place for dinner.  Sorry, Mark moved during the shot but there they are Mark and Pat. The Boyle brothers only see each other for a few hours once a year (never all 3 together) so this is a big deal. 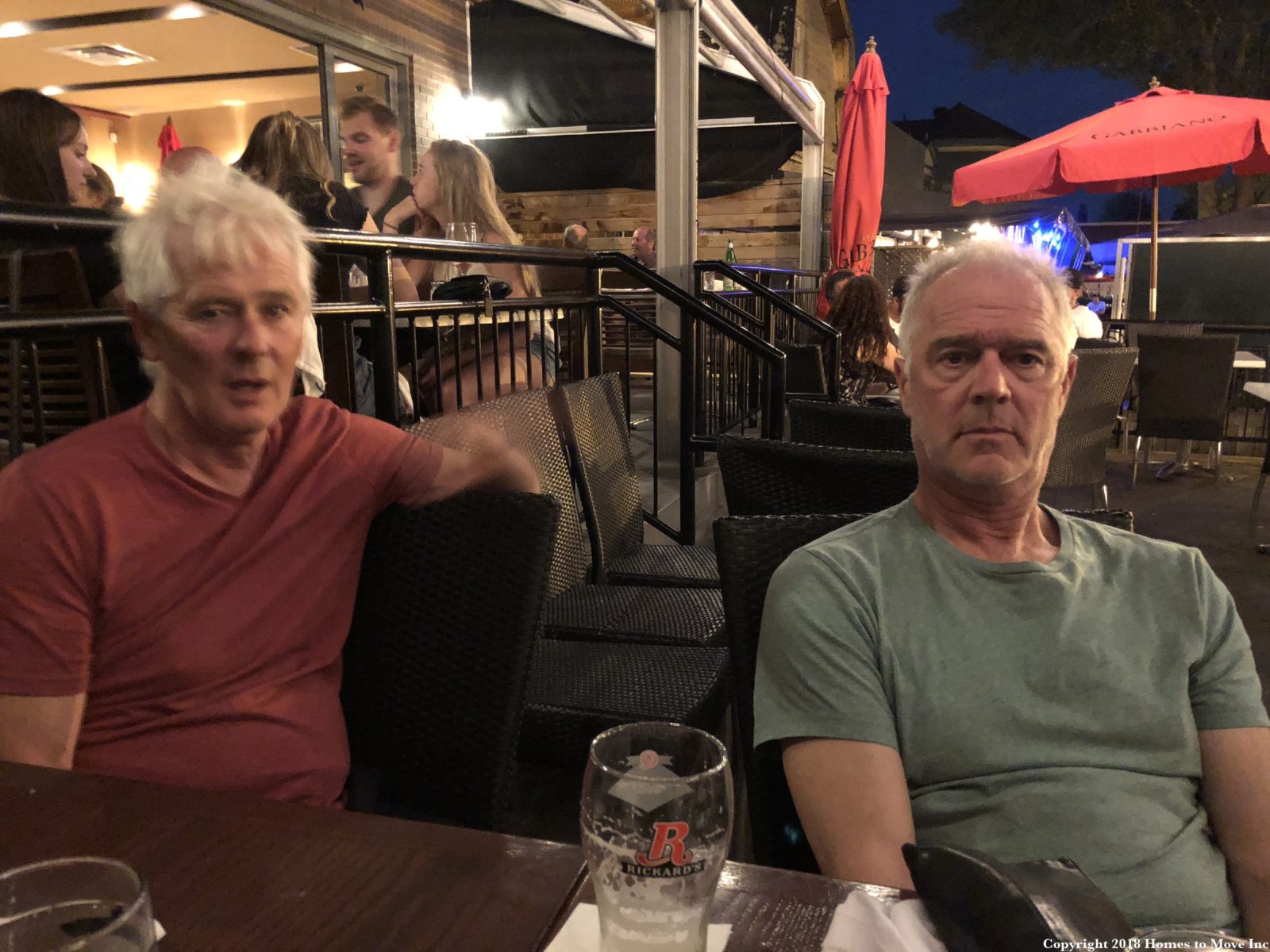 Then once the Salsa had ended it became a quiet town. 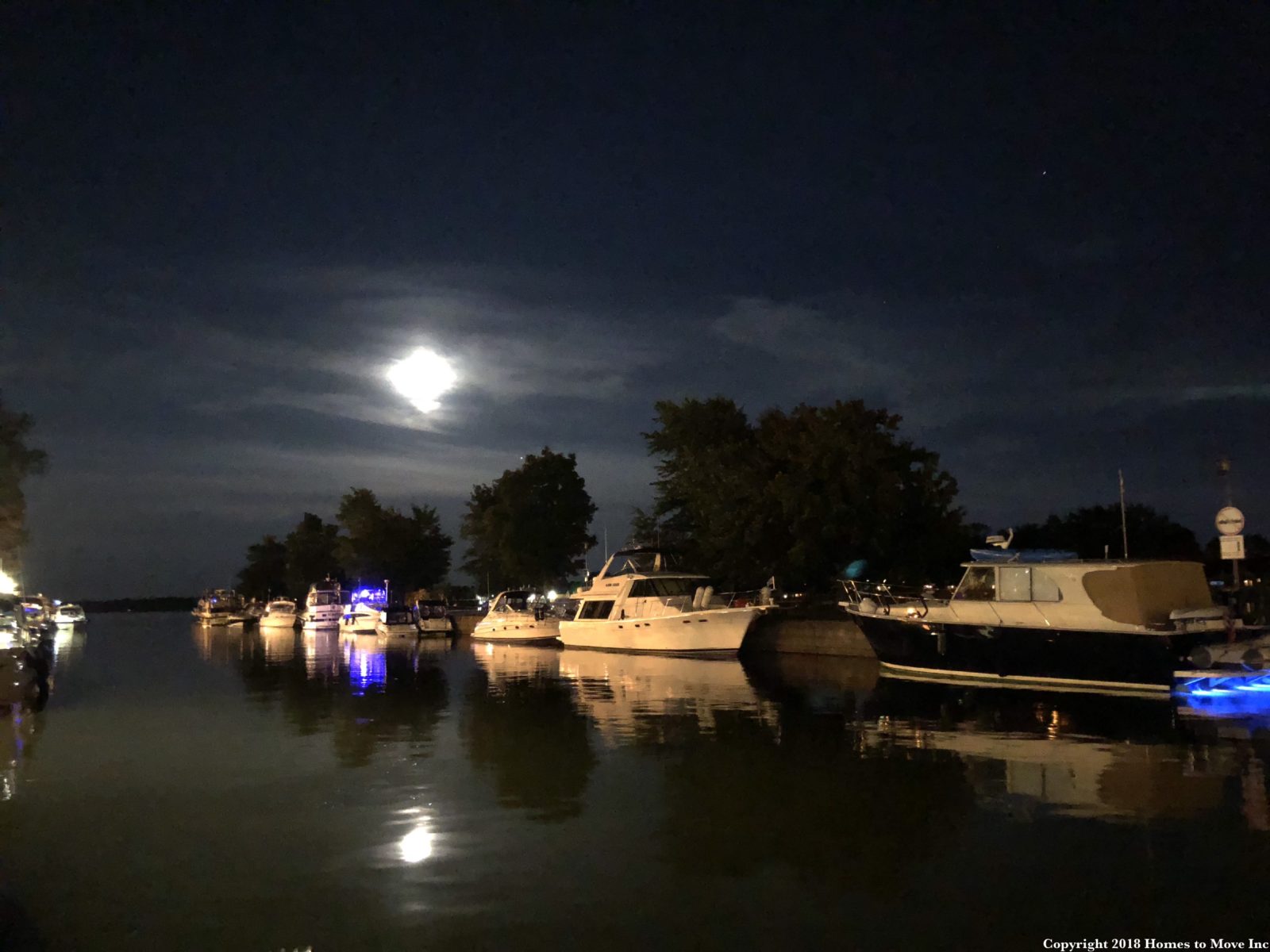 Currie was awake early and went for a walk to take pictures and find the grocery store for the gang. A little later Stephanie arose, well before the others and went for her own walk around the shops. We brought blue berries, pate, and smoked meat back to the boat. 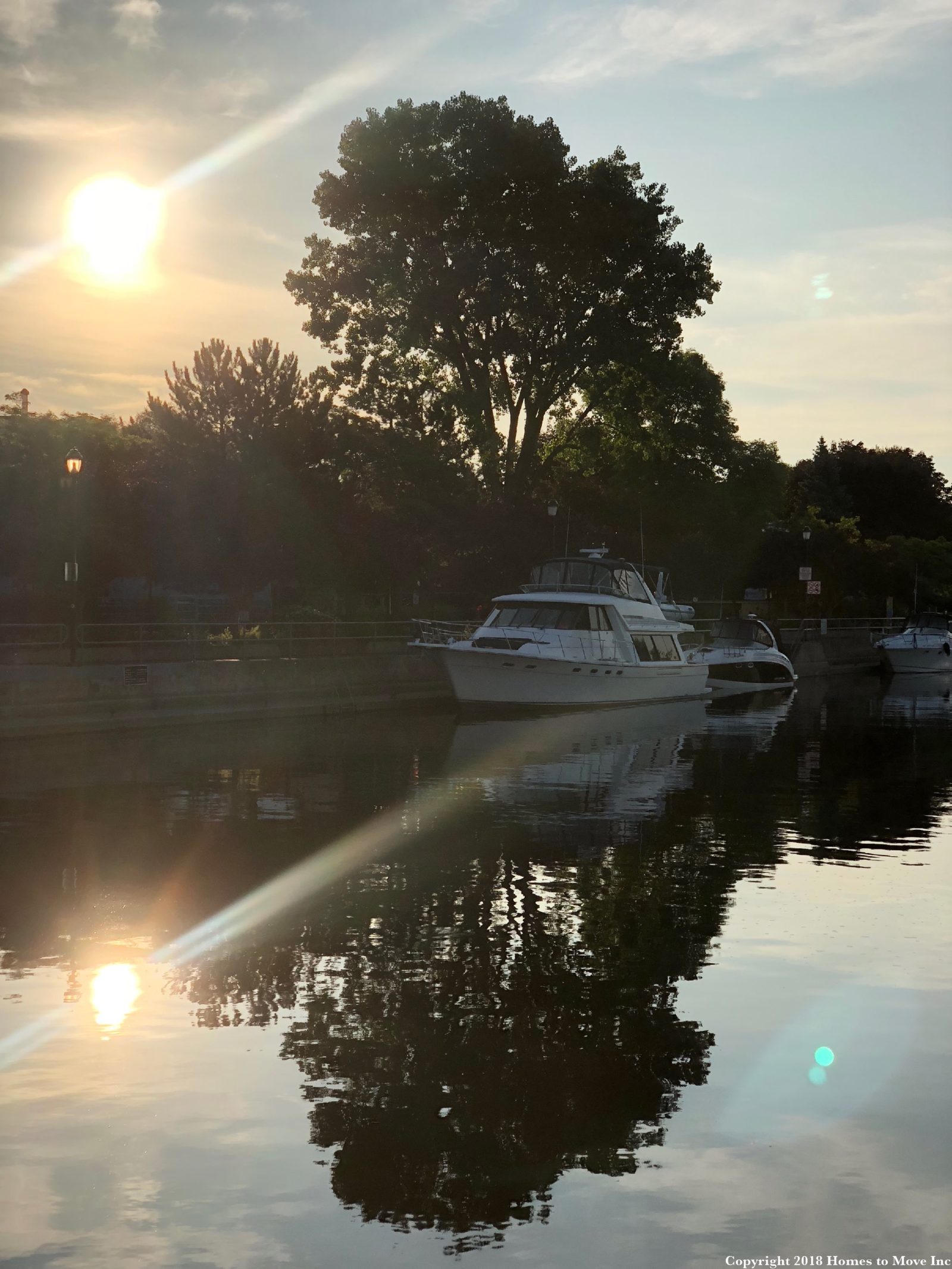 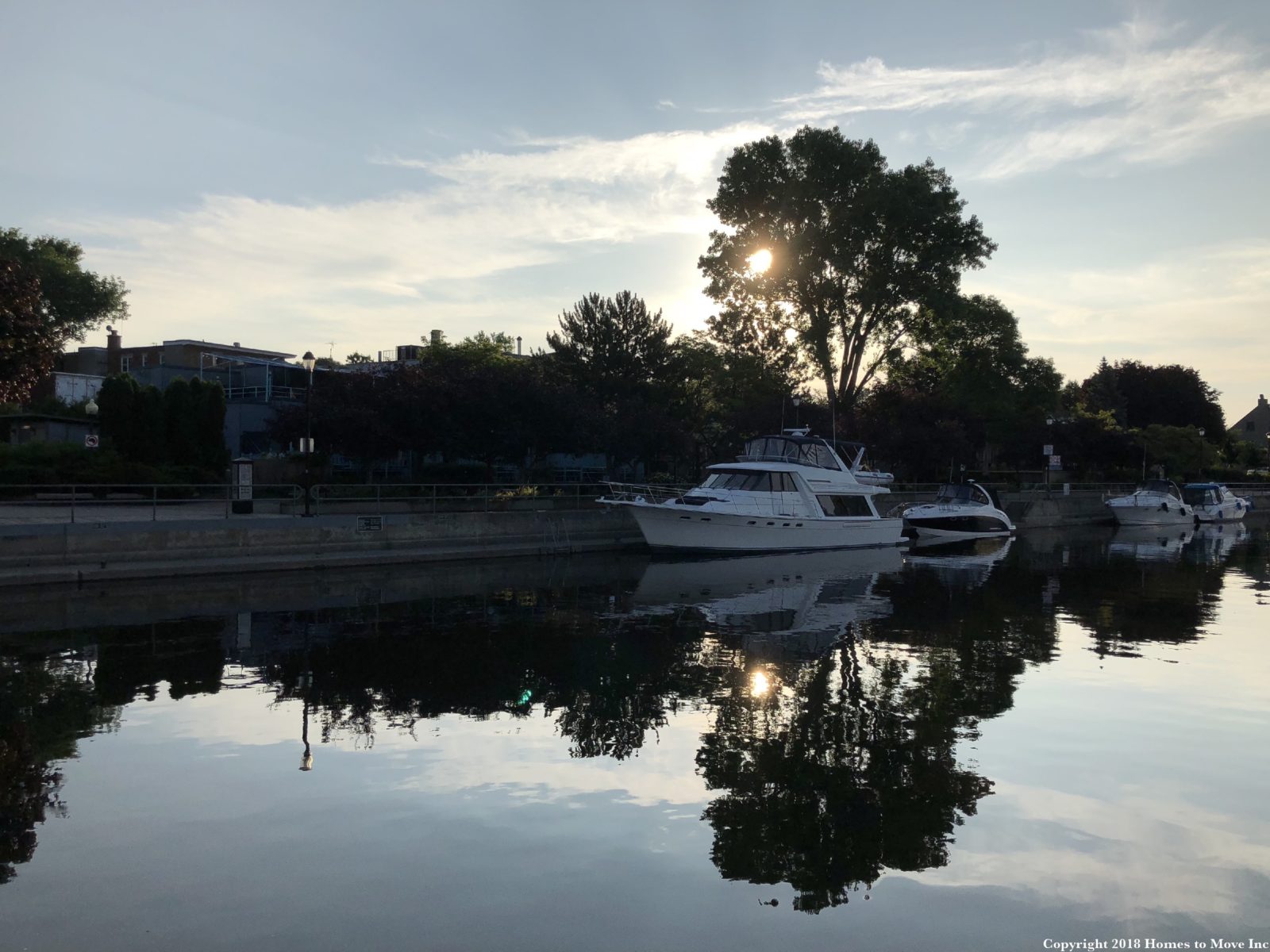 Stephanie found the town’s Saturday farmers markets in the morning and as usual returns with goodies for the boat. These are some of the mushrooms for sale. We brought back croissants, peas, beet, baguettes, olive bread, etc. It is Quebec and food matters. 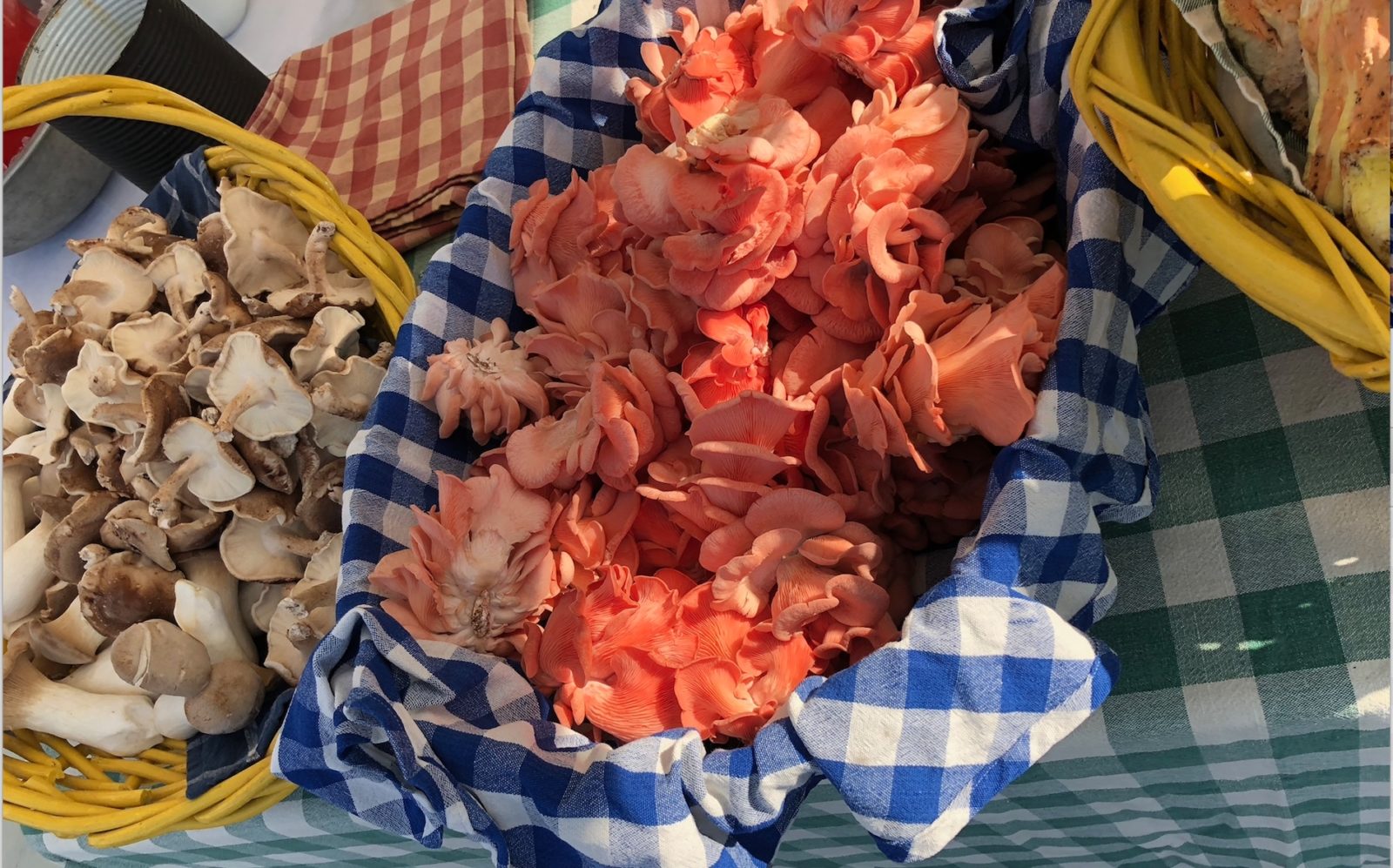 Later as we went to pay the overnight tie-up fees, Parks Canada was hosting an education session for child… as it seems is it children of any age and Pat and Mark had fun. 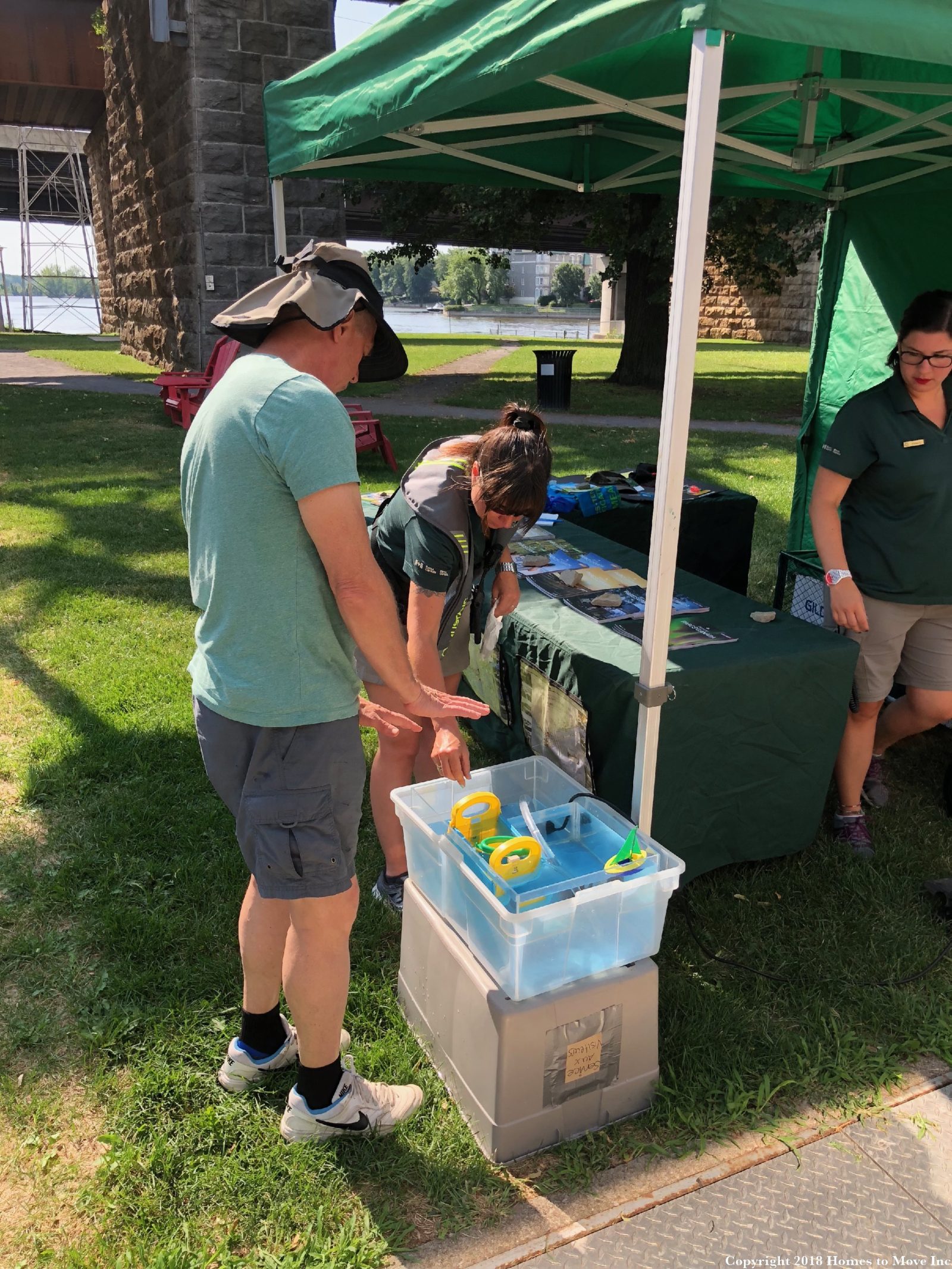 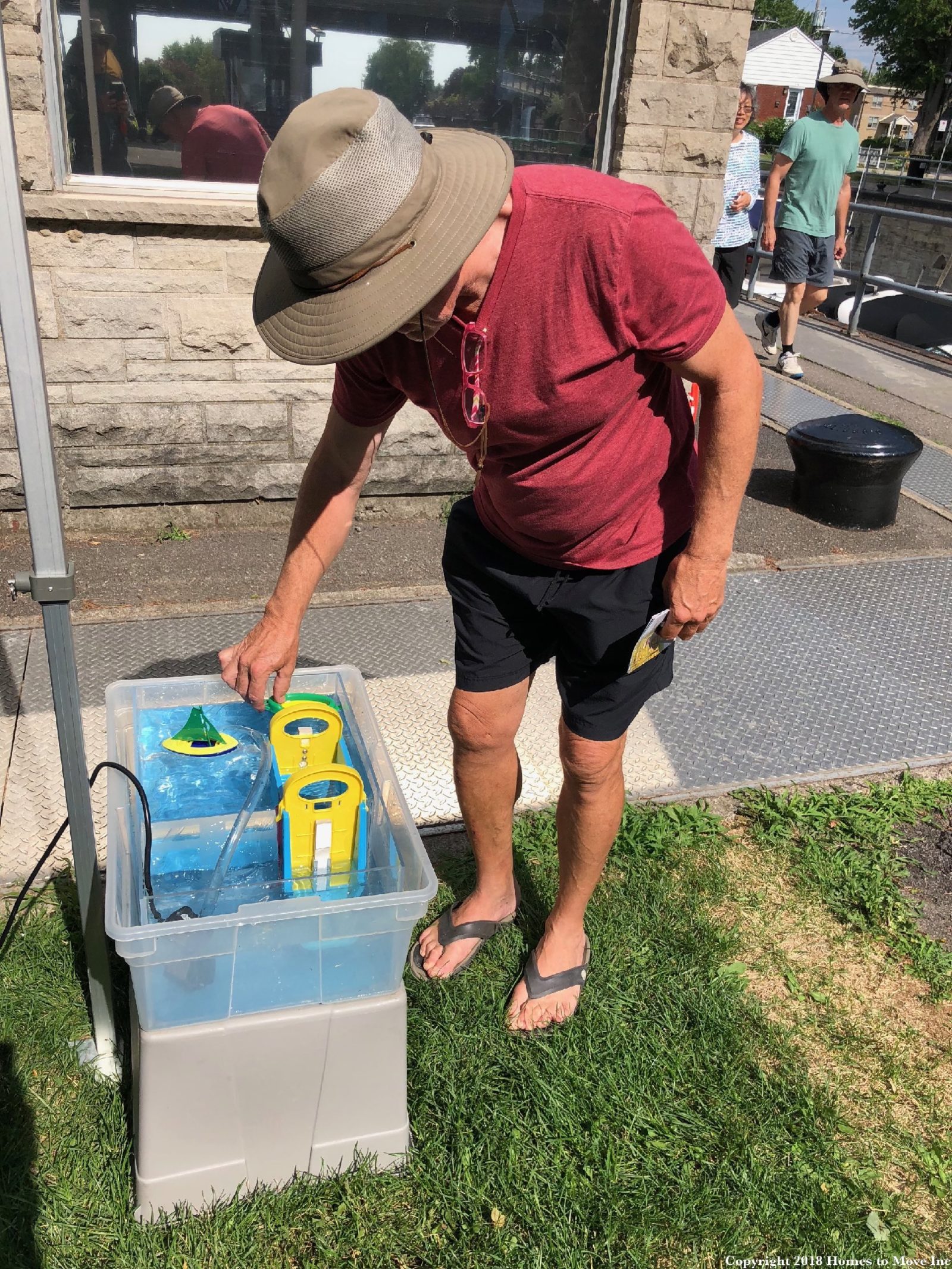 I noted that it is rare that the Boyle boys get together but when we do it is not rare for us helping each other fix things. 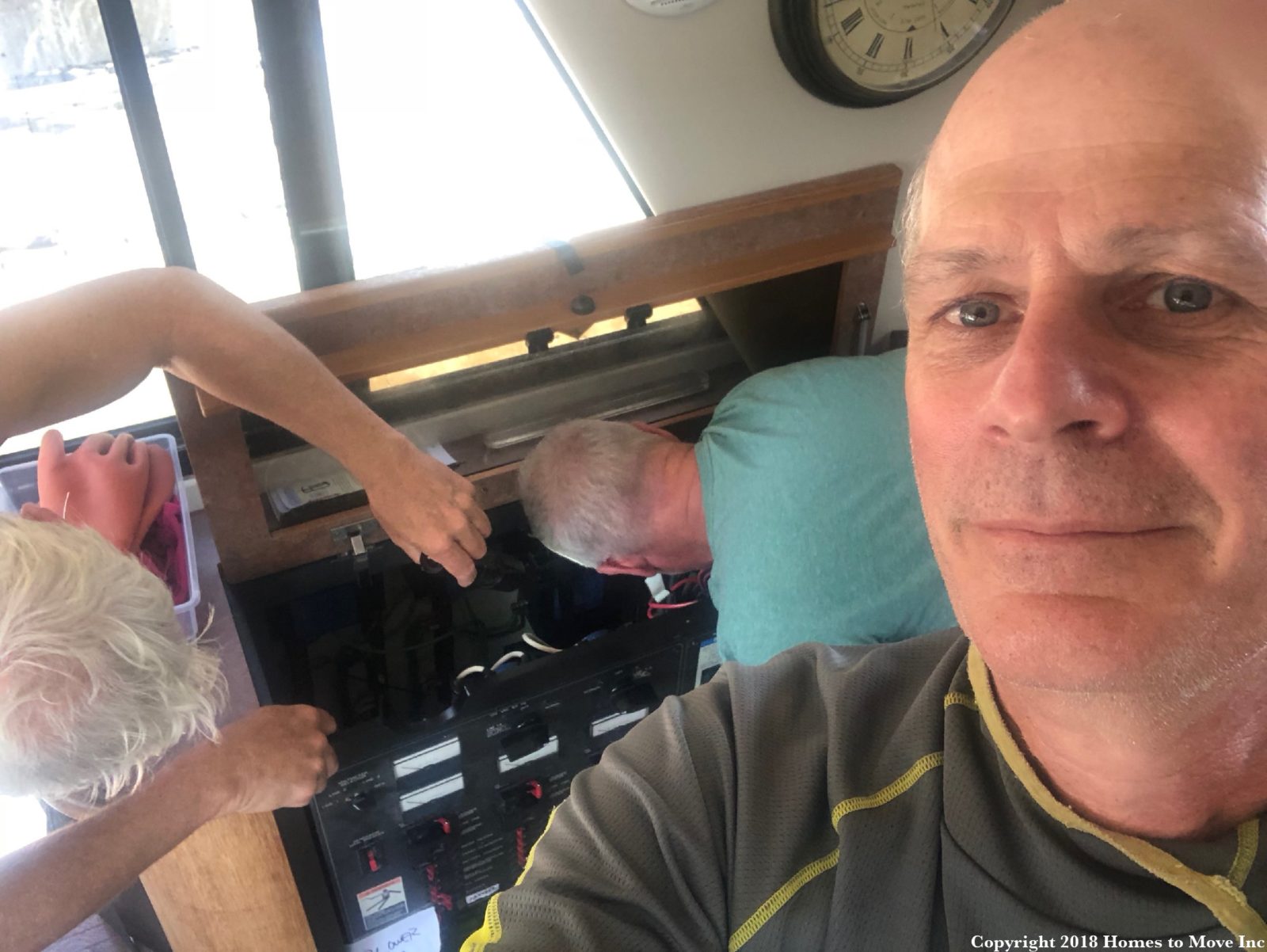 Patrick and Debra awaiting going through the lock. Pat seems to be easily adjusting to his vacation days. 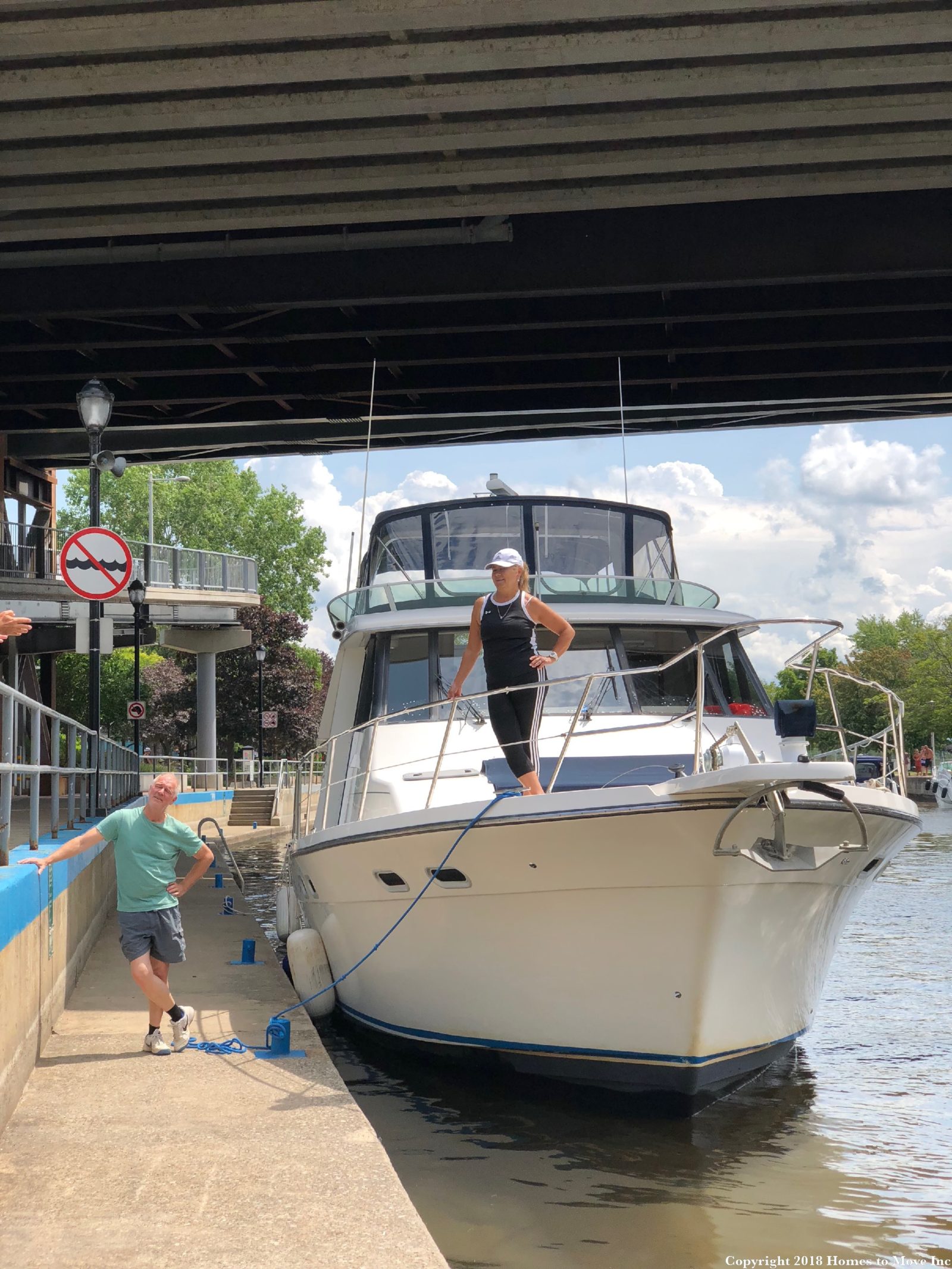