This may be your first of the HO-scale cog / rack & pinion rails. The dark brown ribbon running up the center of the track is the rack that the cog in the locomotive runs in. 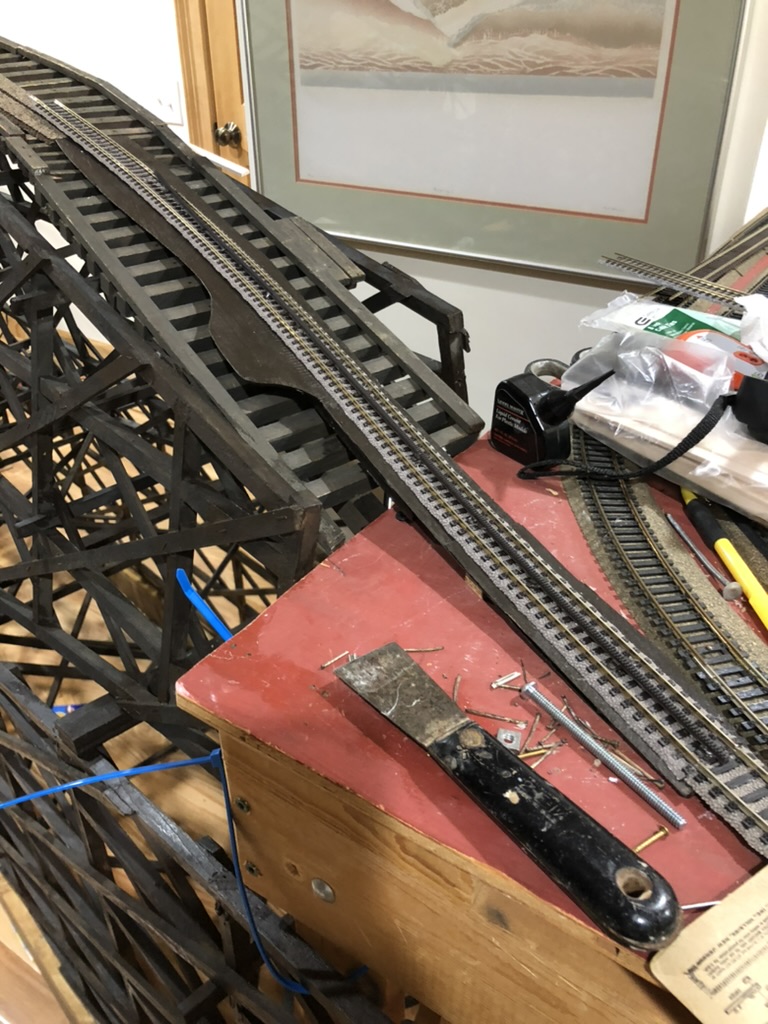 More information on the Fleischmann cog locomotives is in other areas of this blog but here is the rack and pinion example. This allows the locomotives to climb 35% grades versus 2% for normal model railway locomotives. 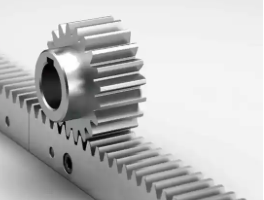 Here is a side profile where you can see the rack. In the background, you can see another rescued layout which is described in another section of this blog. You can note that getting from table height up to the 8' trestle level requires a steep slope transition. 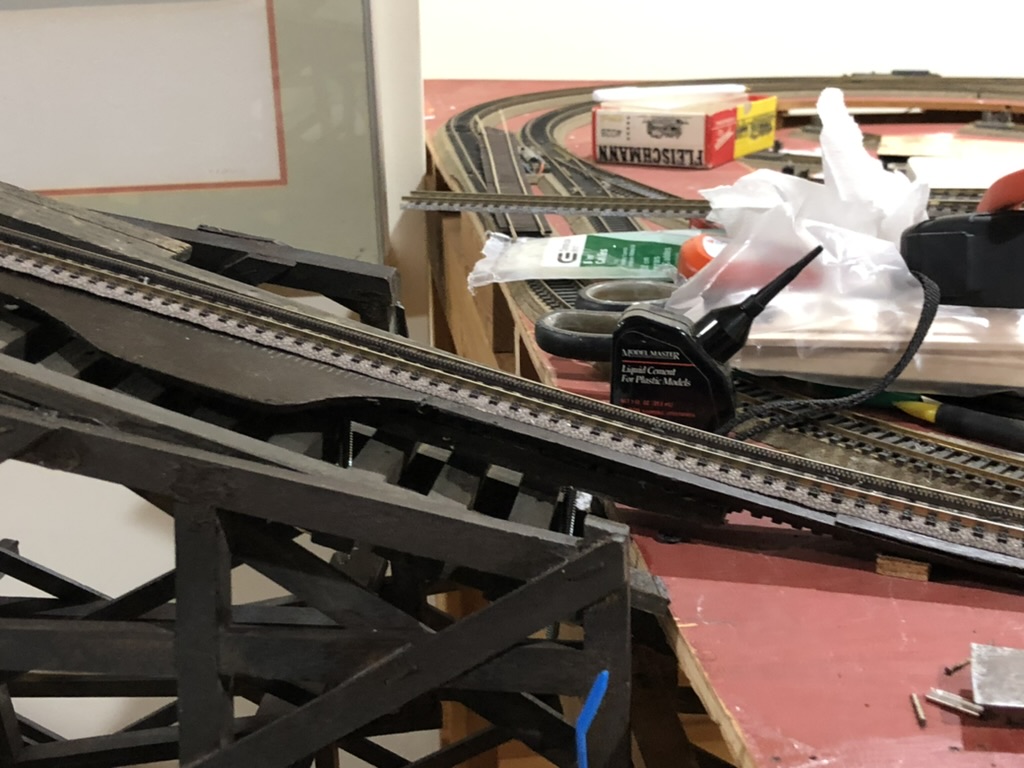 Could have gone with a straight run up the laid-down trestle bents but that would have been boring. So reused randomly purchase G-scale outdoor garden bridges from Facebook Marketplace Alabama. 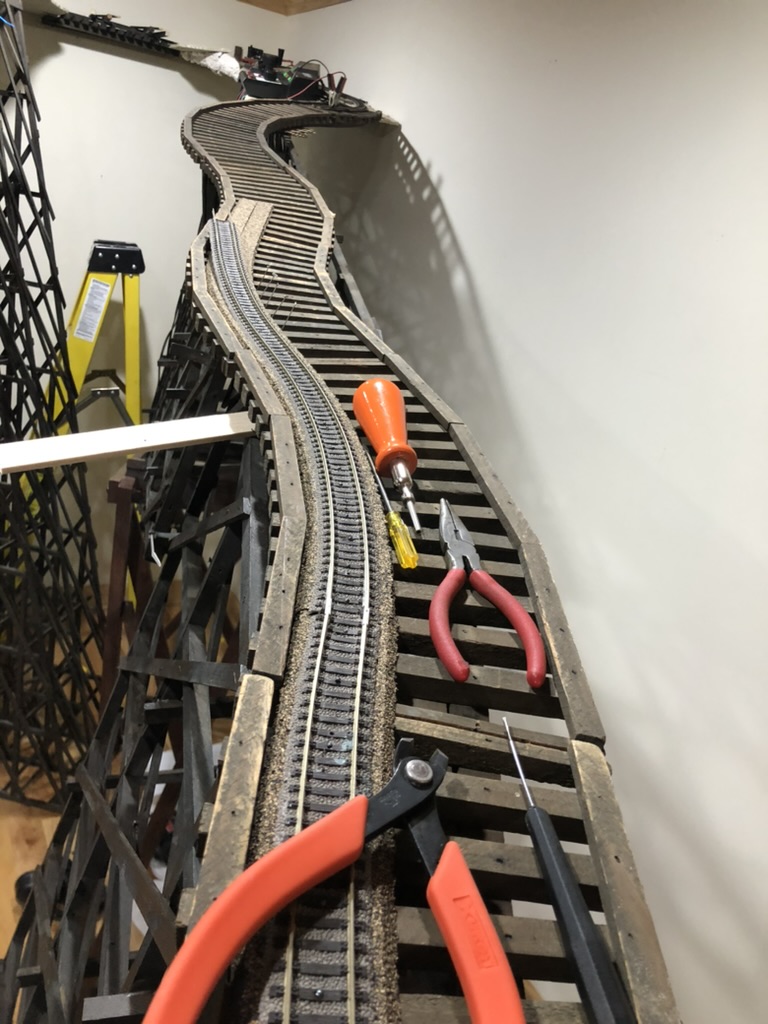 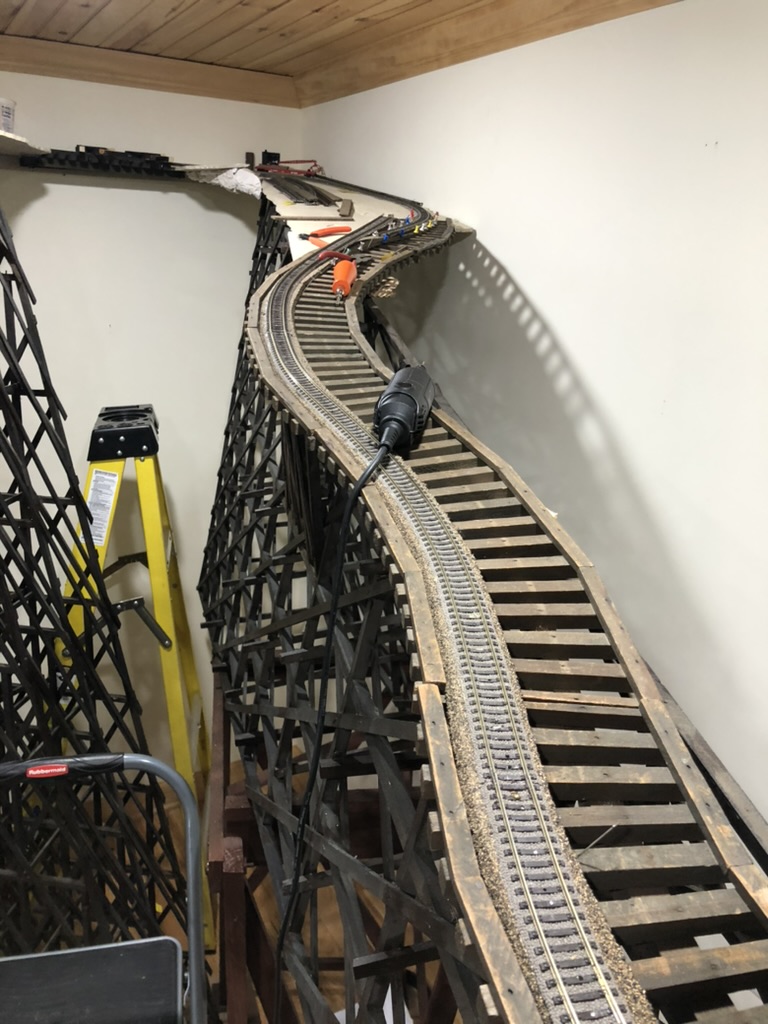 You can see in the image above and right, that the upper curves lie out narrow support offered by the upper edge of the trestle bent. To make the situation a little more "realistic" and extension to the trestle bent was required. Here is a view of it partly completed. 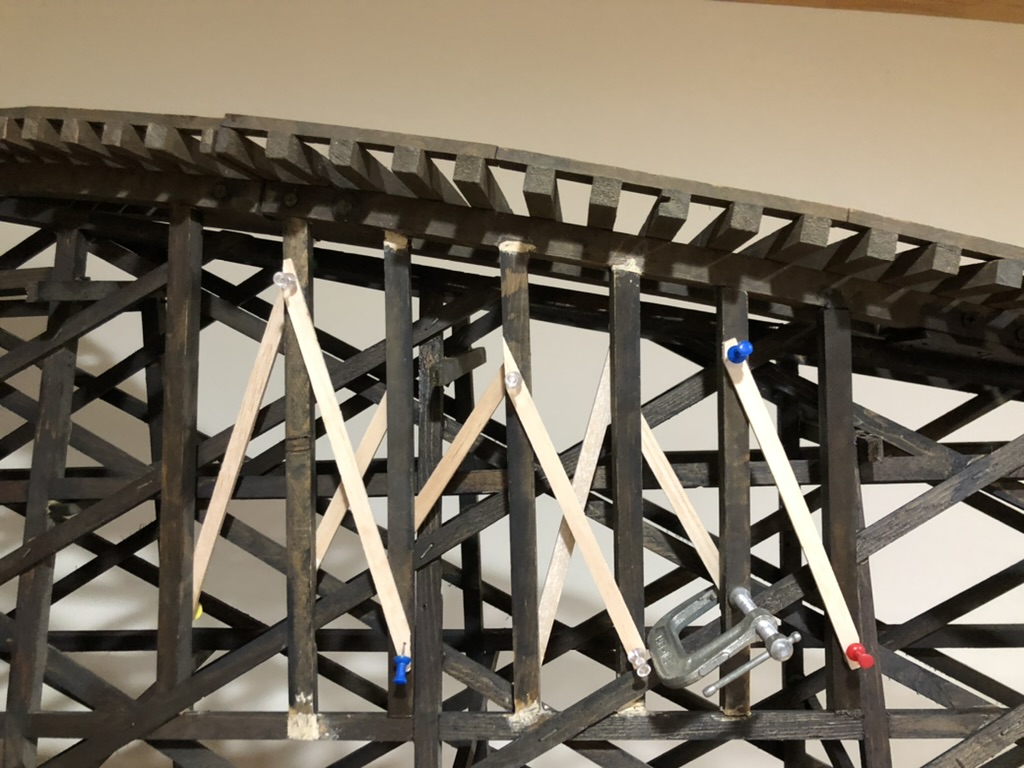 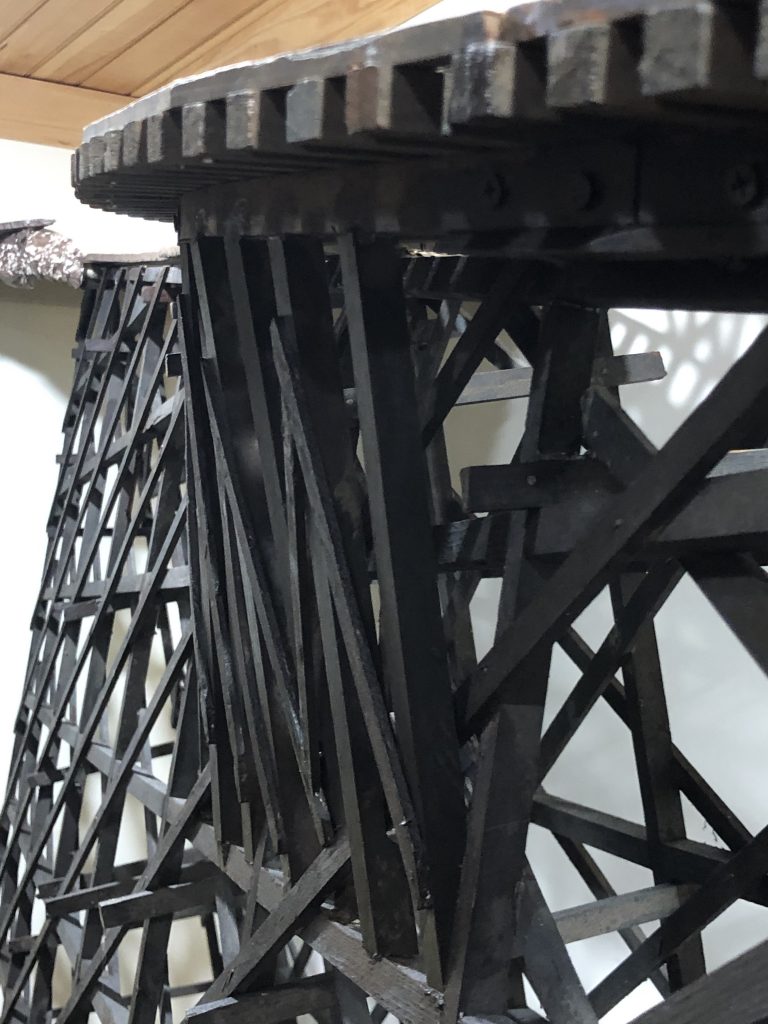 Here is another Fleischmann European-style steam locomotive that also has a cog / rack & pinion drive descending the newly support curve. On the far side, you will see the beginning of a bridge superstructure to support the bend on the opposite side. These are examples where the G-scale structures are out of proportion with the HO-scale rolling stock however the goal was always to repurpose other people's fine work not to perfectly model the real world. 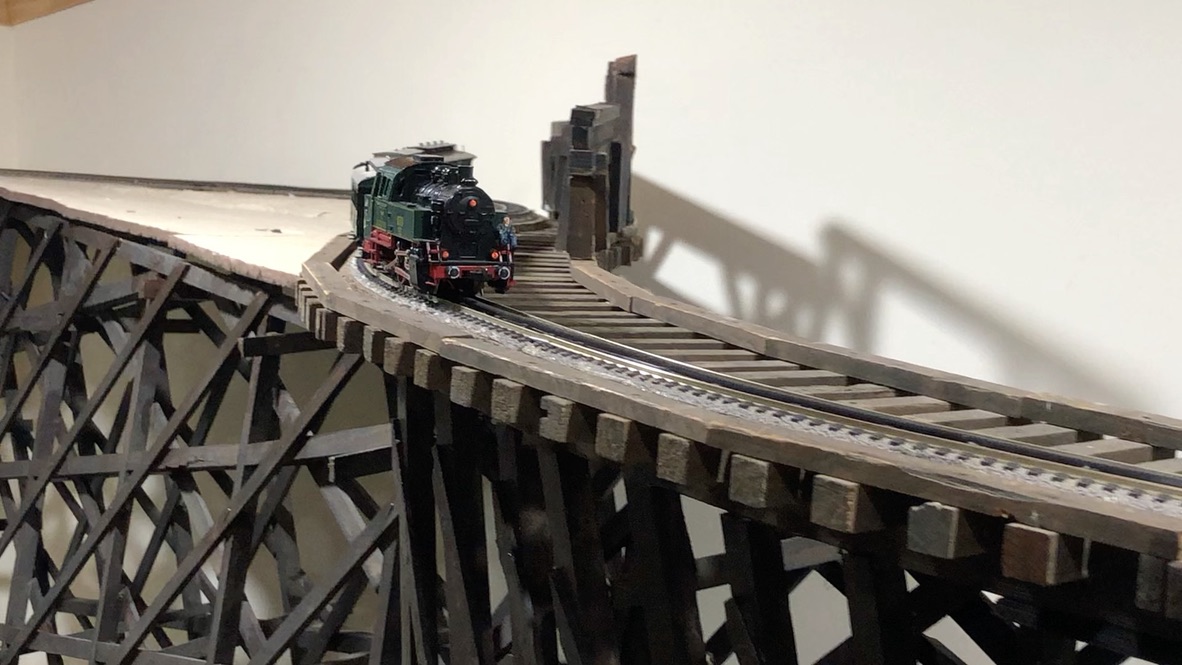 The same train ascending. Clearly, a lot of work to be done here. 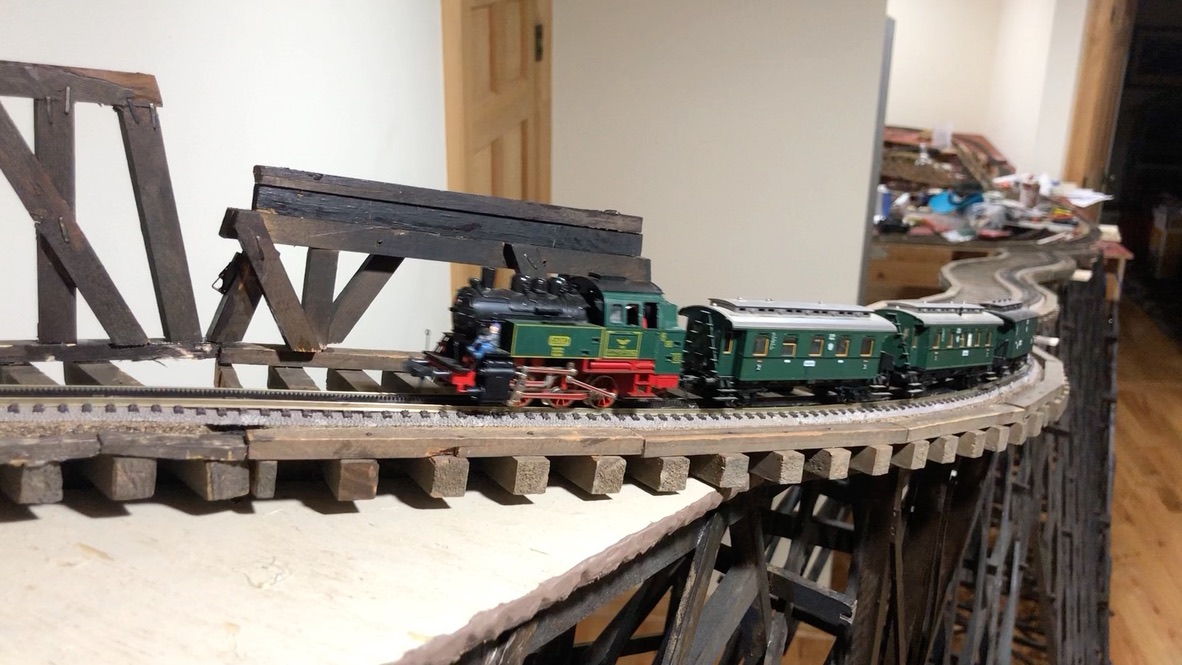