Currently, a cog / rack and pinion locomotive can depart the flat table and pull rail cars up 4' elevation to the Trestle Span level 8' in the air. Then the train crosses the Span and goes around to the Grand Curve. Next, it goes through two Warren-type timber bridges which complete the reversing loop. Finally, it crosses two-thirds of the 16' Trestle Span, around the 160-degree corner and down the steep hill to the flat table. The video below shows the loop.

There are many hours of finishing work, like painting and ballasting the track, plus landscaping work to be done but a big step is complete. As well, we will change the locomotives from DC to DCC in order to make multi-engine consists plus get steam locomotive sounds.

Of course, the new rescued Trestles system has full access to the other rescued layout that is still in progress. That means that trains can be marshalled in the rail yard on this table for their delivery up to the new Trestles area. The plan is to put a mine or tourist resort on one end of the Grand Curve as a destination for the new rail service. While entirely messy right now this table is fully functional. It has many other HO-scale trestles that mainly we built or a few we also rescued.  The first image shows the entire layout and the second focuses on the HO-scale trestles we have built. 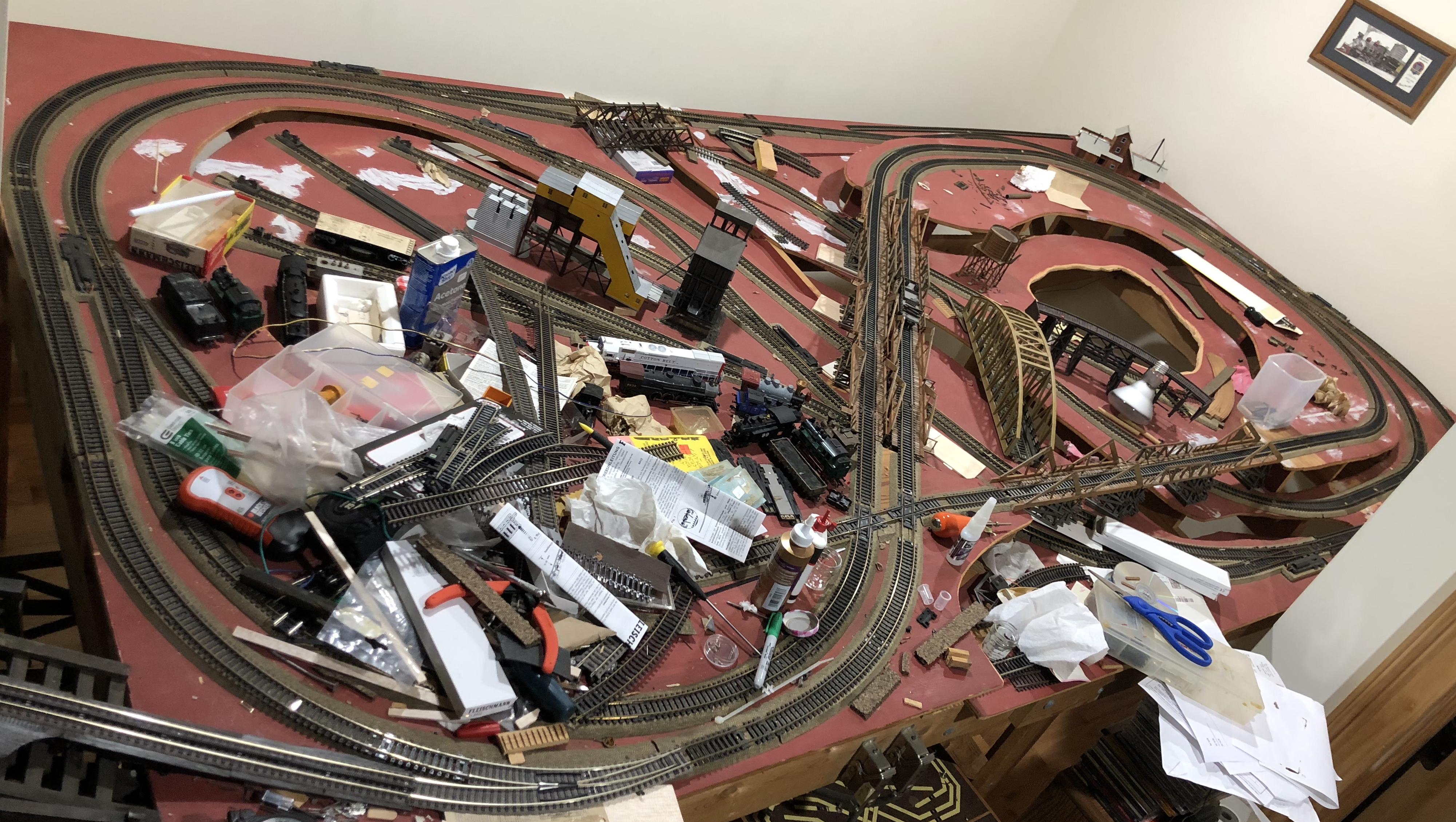 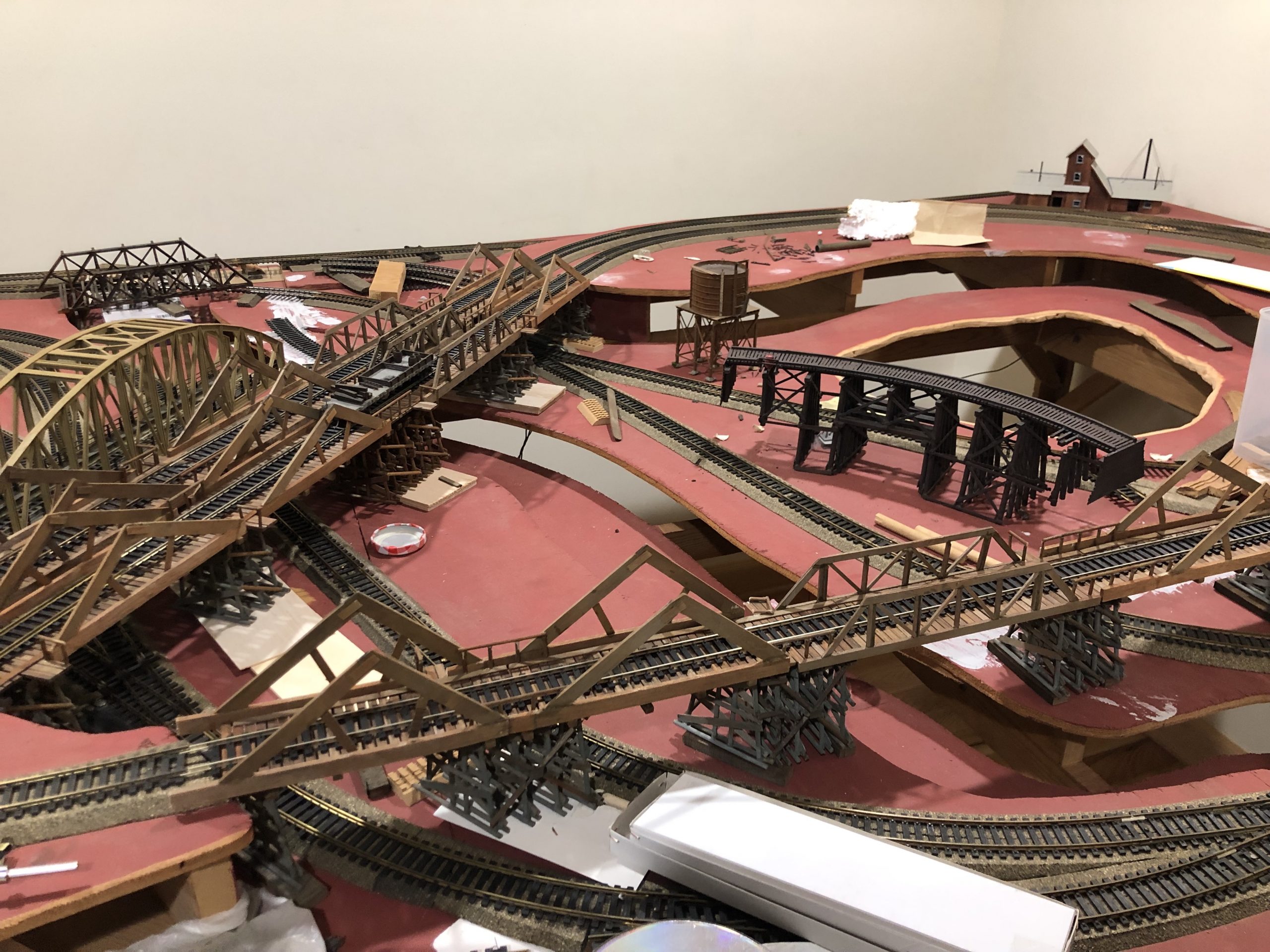