On the morning of July 28th we departed Sainte-Anne-de-Bellevue we found another beautiful church. 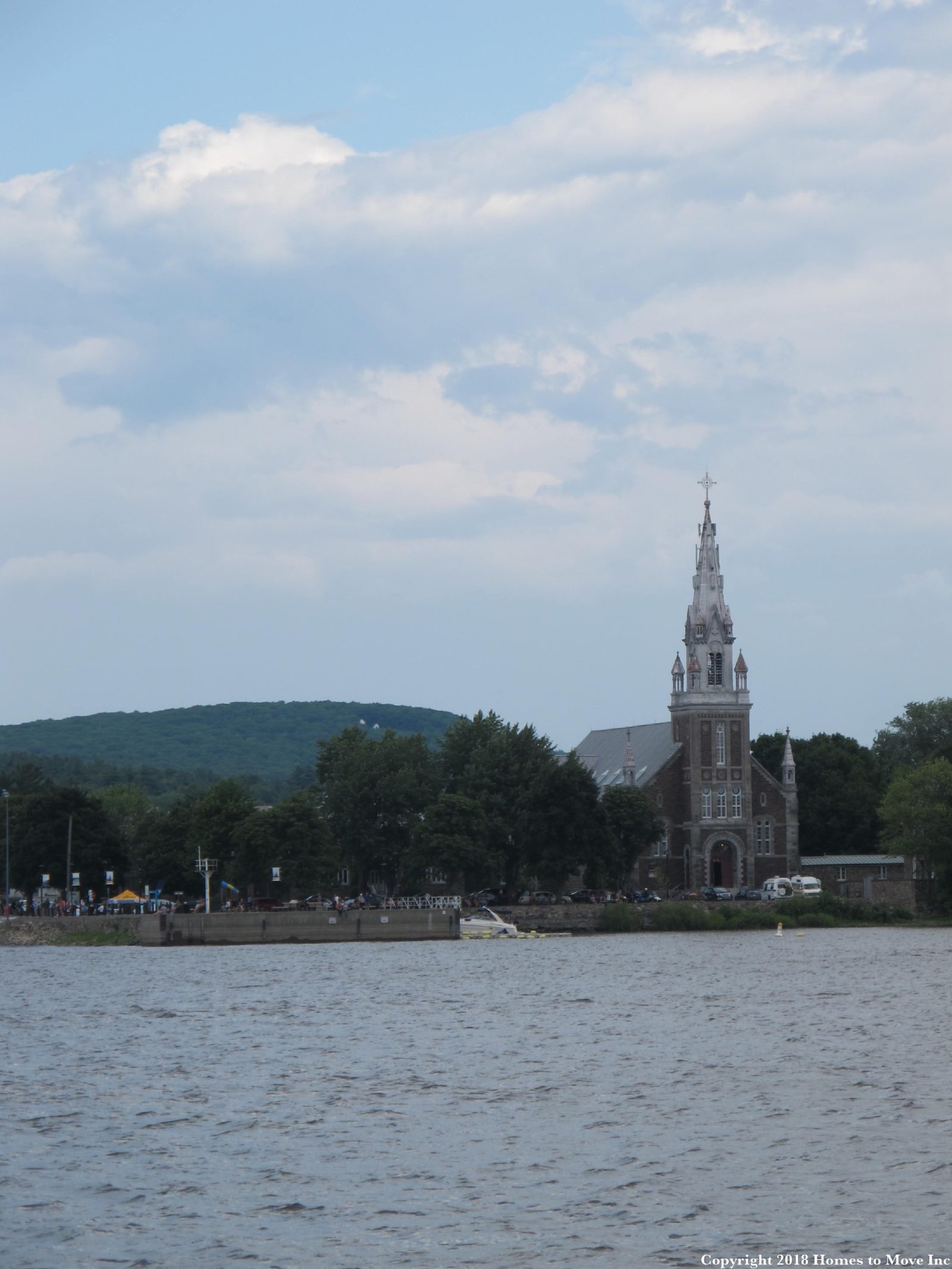 Towards the Carillon Canal Lock where we arrived just after 5 pm. It is an unusual lock with the large counterweight/door. Mark and Debra on the fore deck during the 20m / 66-foot drop. Patrick as a protege of Mark and Debra. 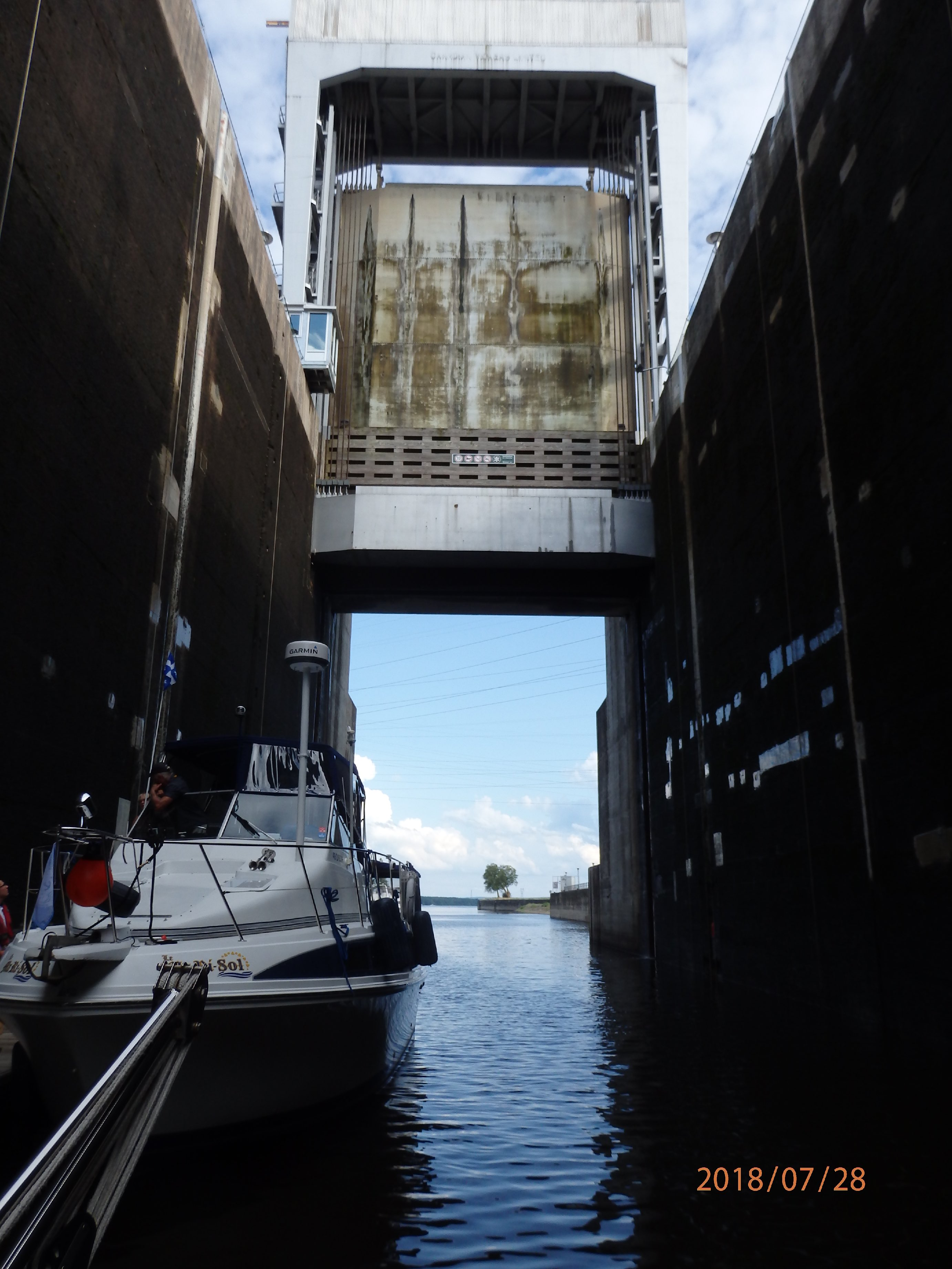 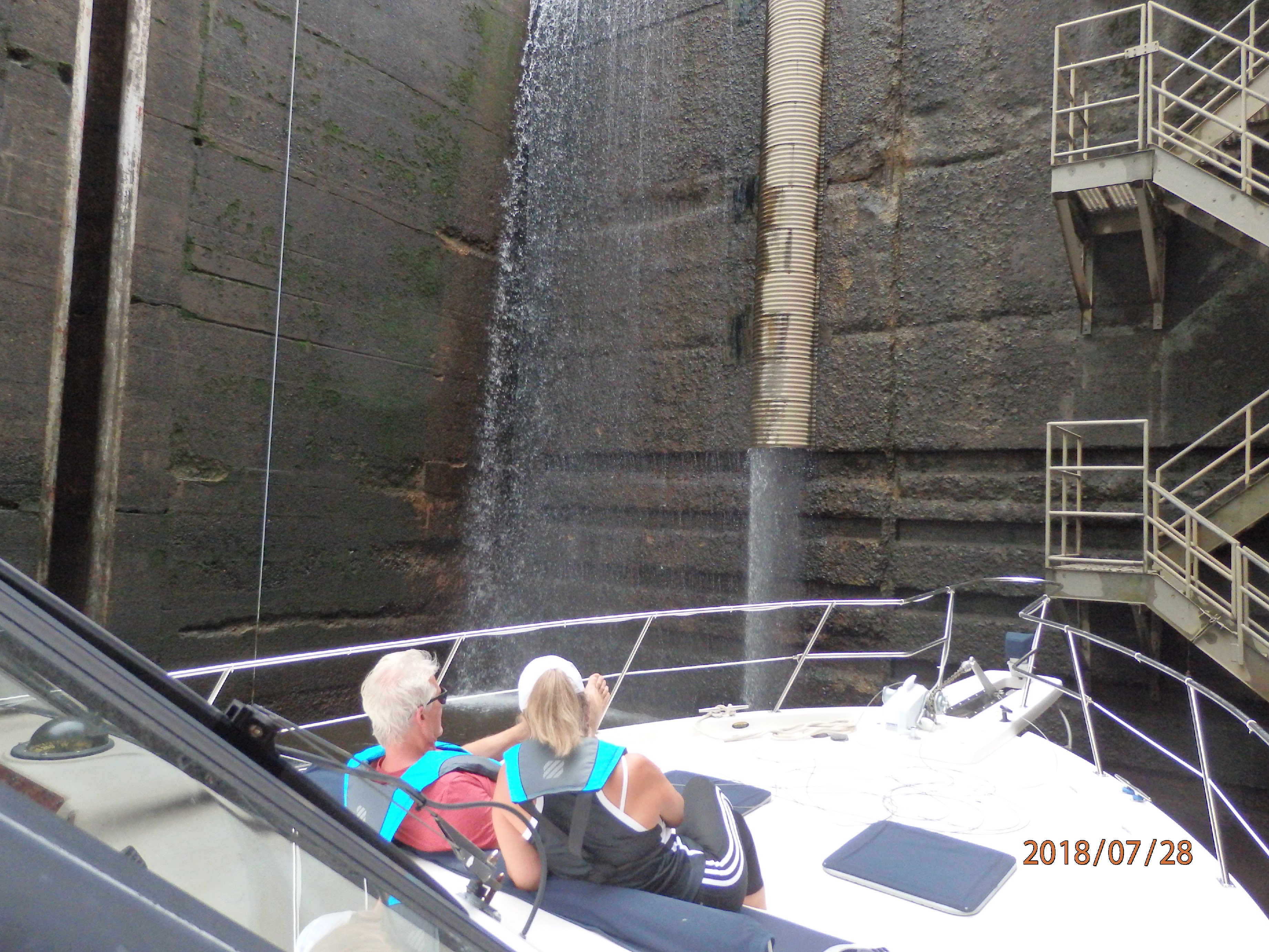 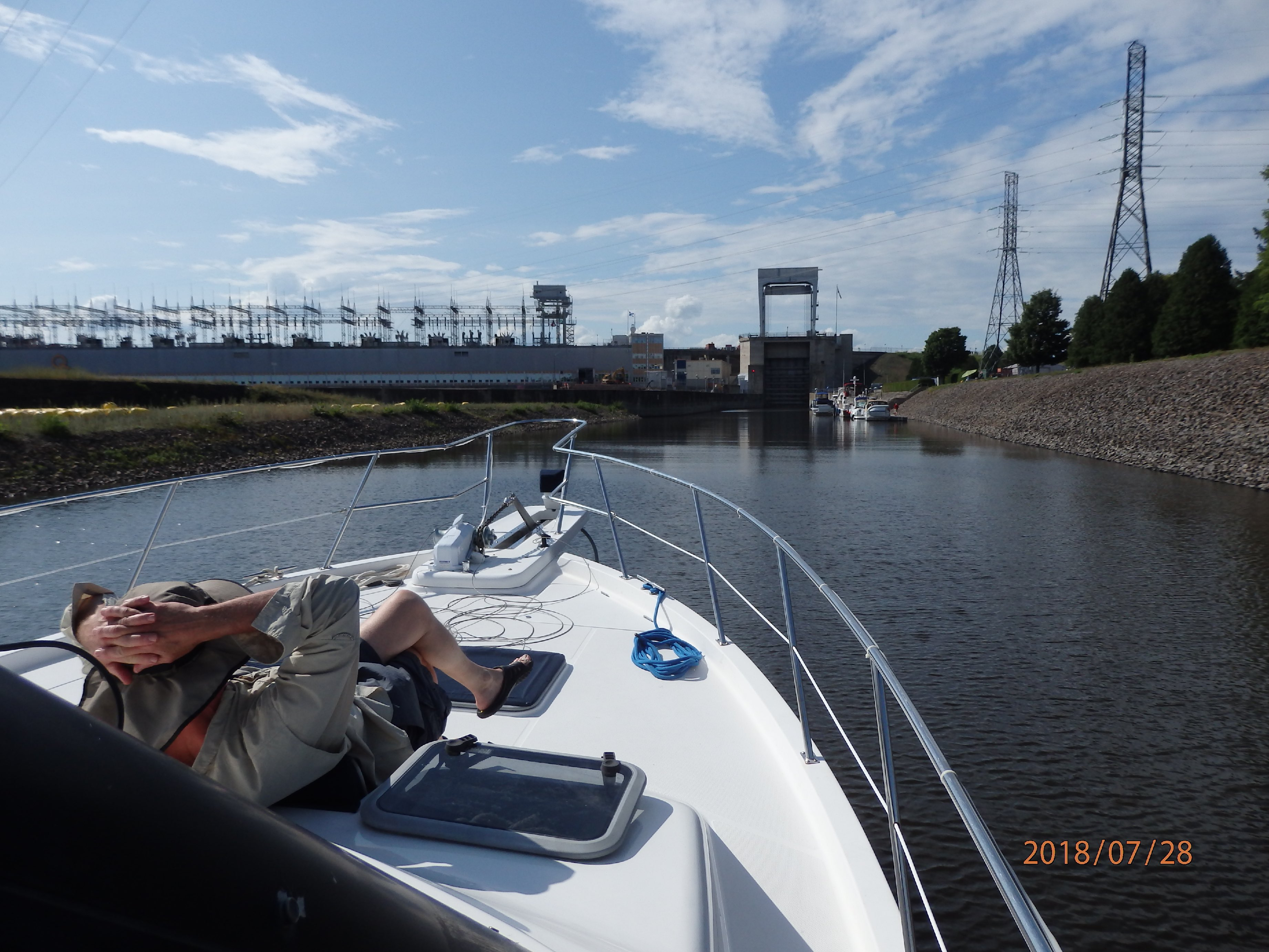 The last pictures is Patrick working and not on his day job work! Pat had a job list the first day on board and helped out a lot. Thank you. 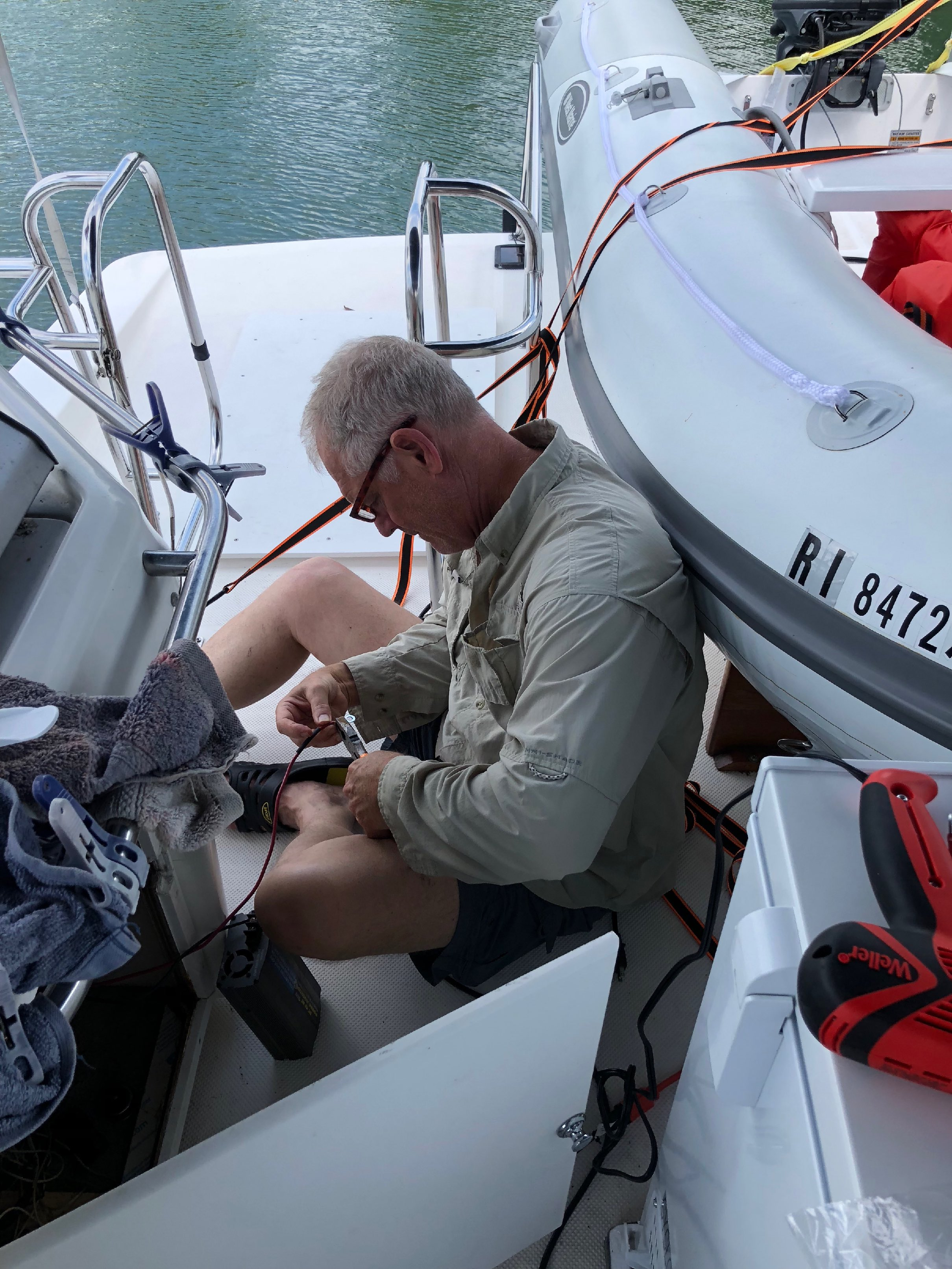 Before we get in trouble for teasing Hawkesbury and area we really enjoyed it. Small-town can live and happily. At the Carrilon damn part of the lock, Budget cuts at Canada Parks stopped the entire casts of Toy Story from greeting us, However Sherriff Woody was able to attend in person. Seriously this was just a nice guy, comfortable in his own ways but as a Canadian, a Quebec flag flying over his should not have been the first guess. 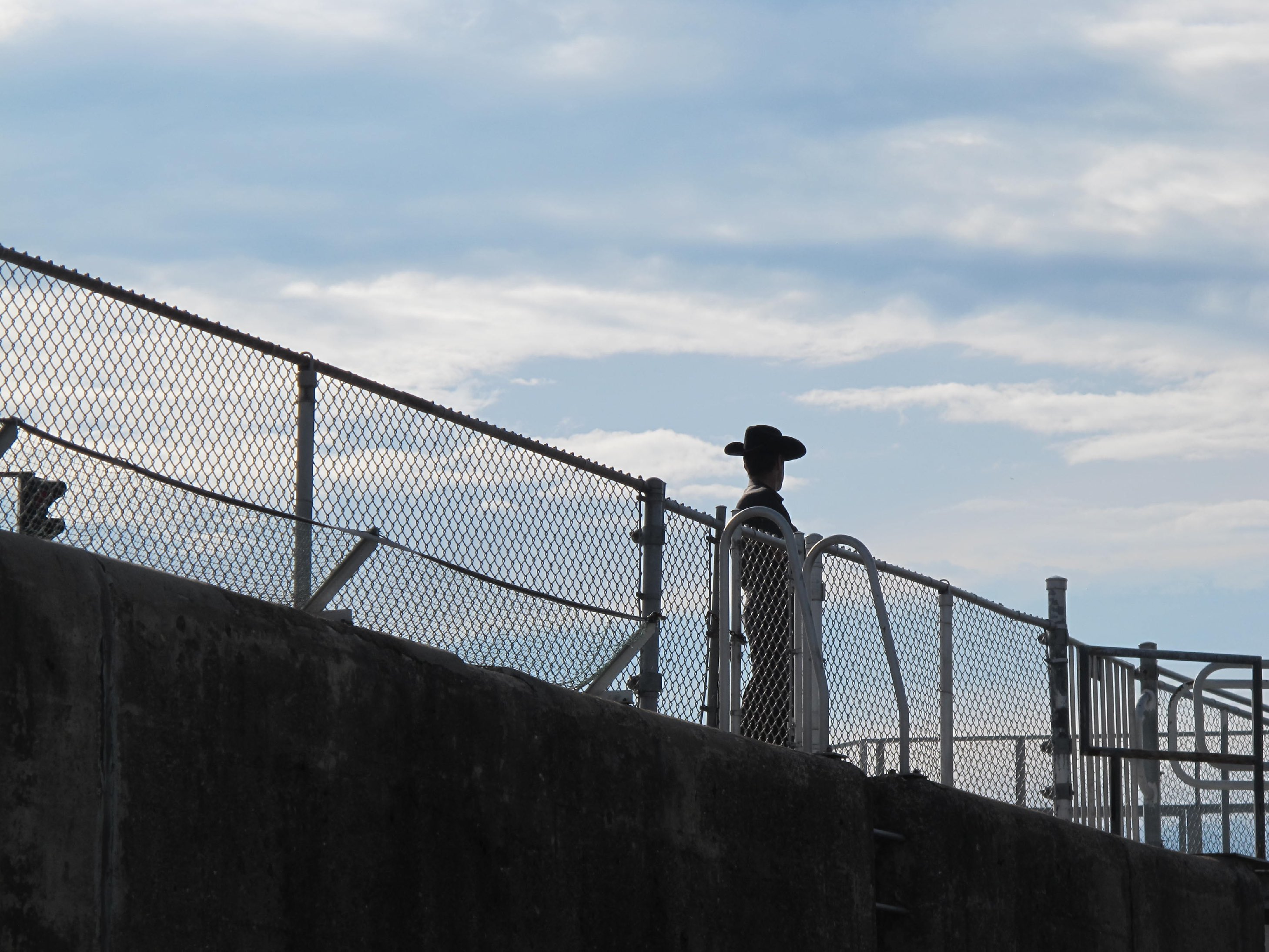 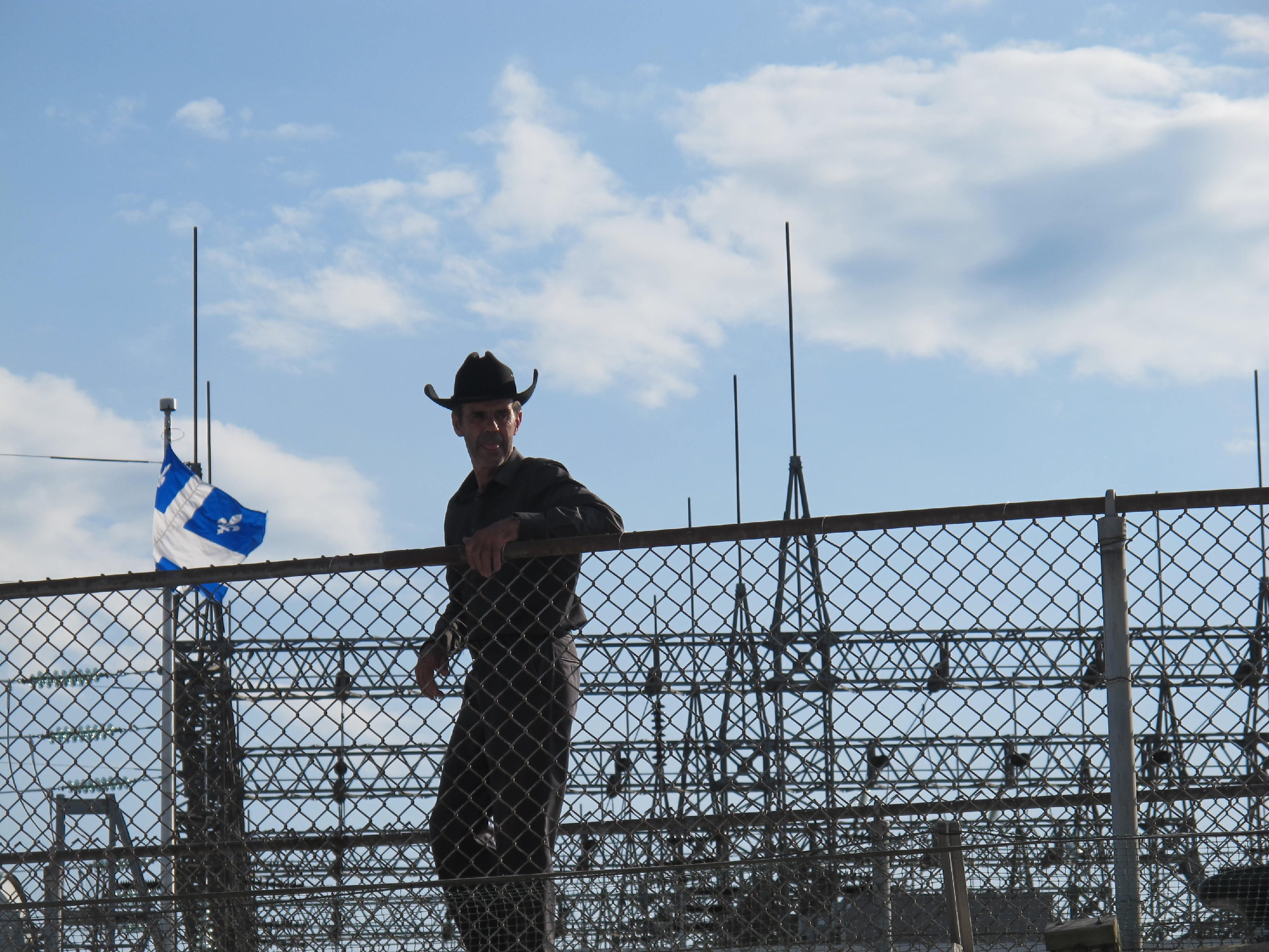 We saw people recreating, like this system that takes the water jet stream from the partner boat and through hose puts the jets on your heels – flyboarding 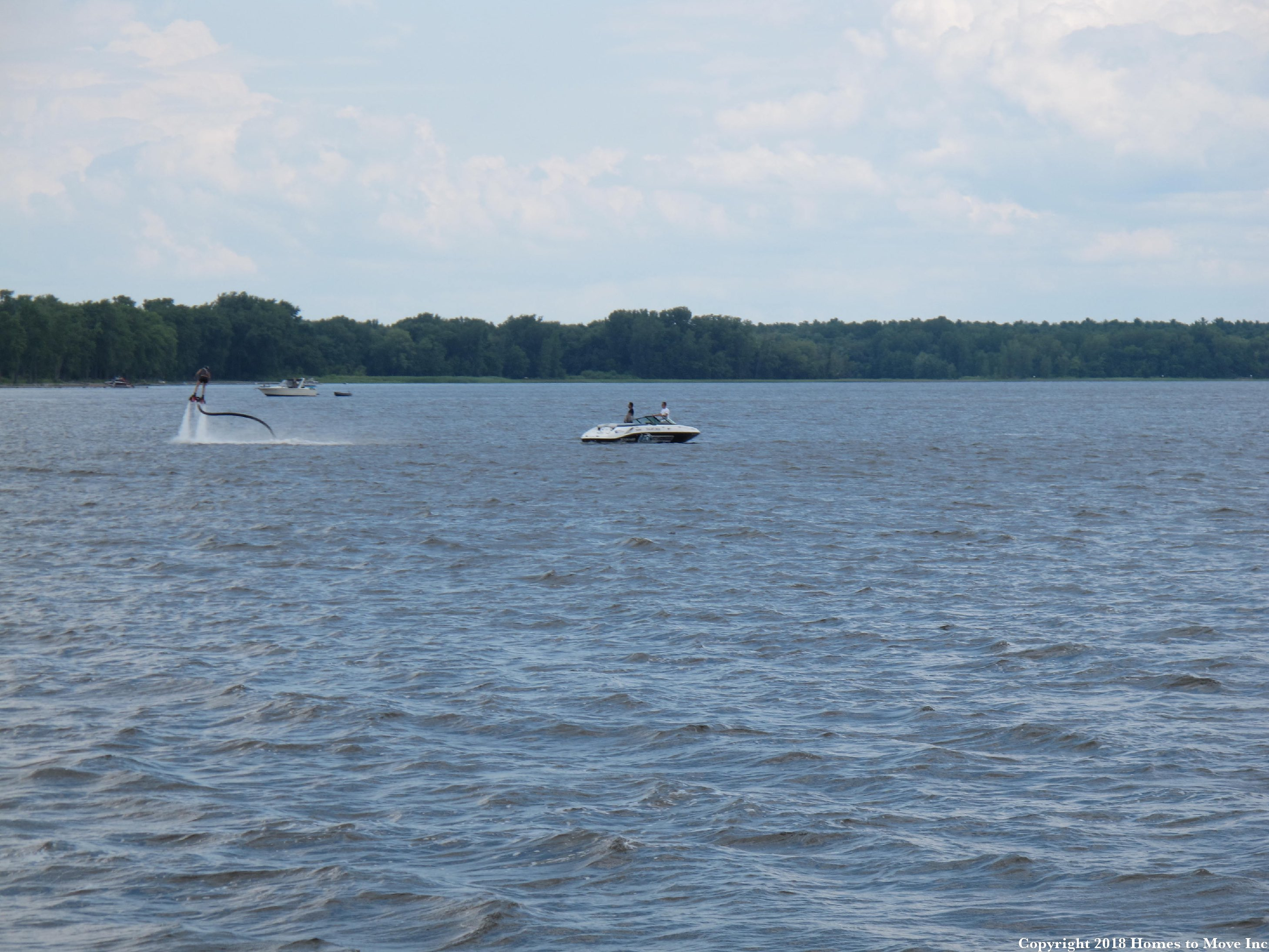 A rather quiet day up the river towards Ottawa. We found a nice public dock in Hawkesbury just on the Quebec and Ontario border. Stephanie learned that in its heyday, Hawkesbury was the home to a plant of the Eddy match company. 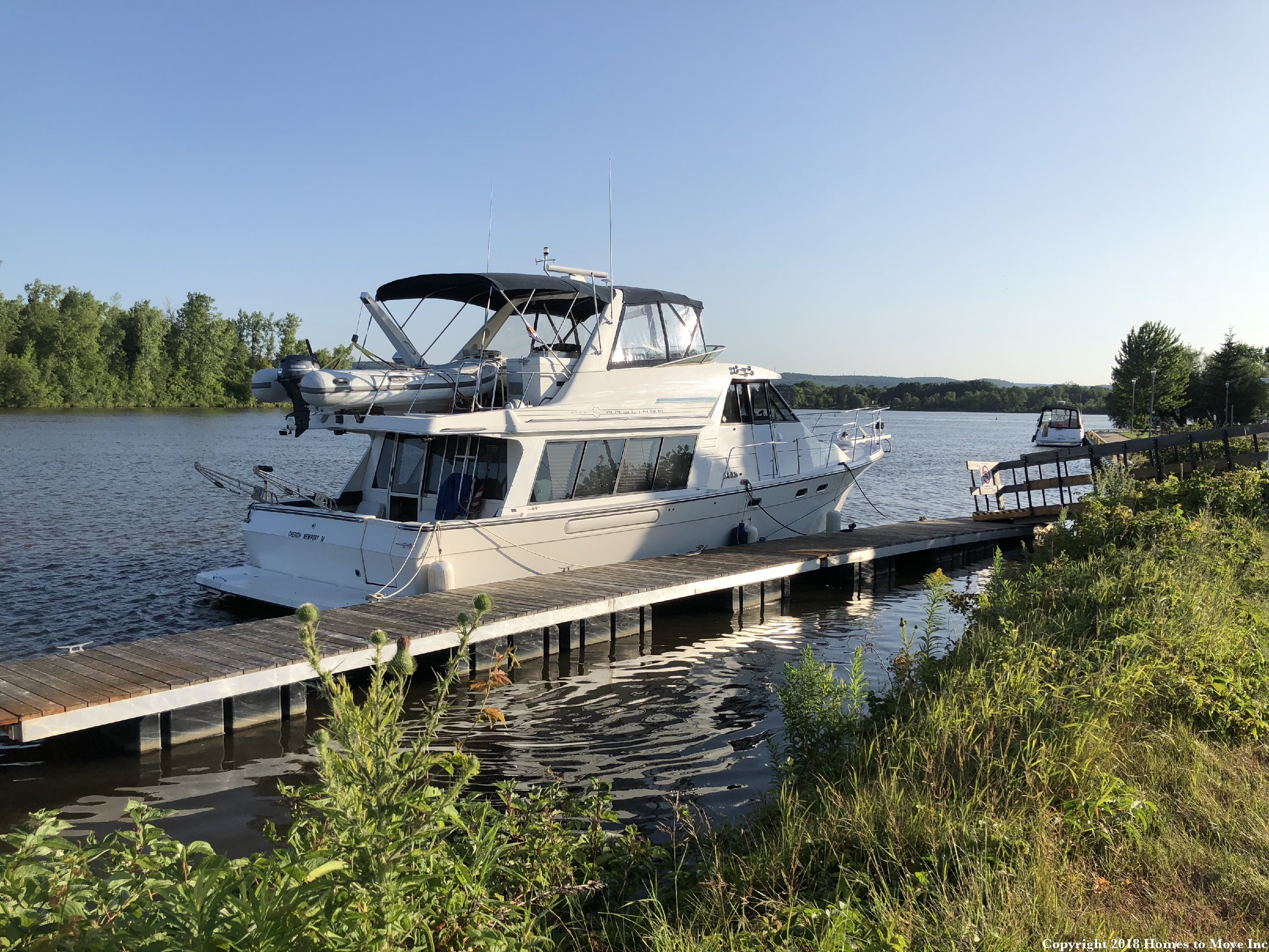 Another lovely sunset on either part of Ontario or Quebec as this town was on the border. 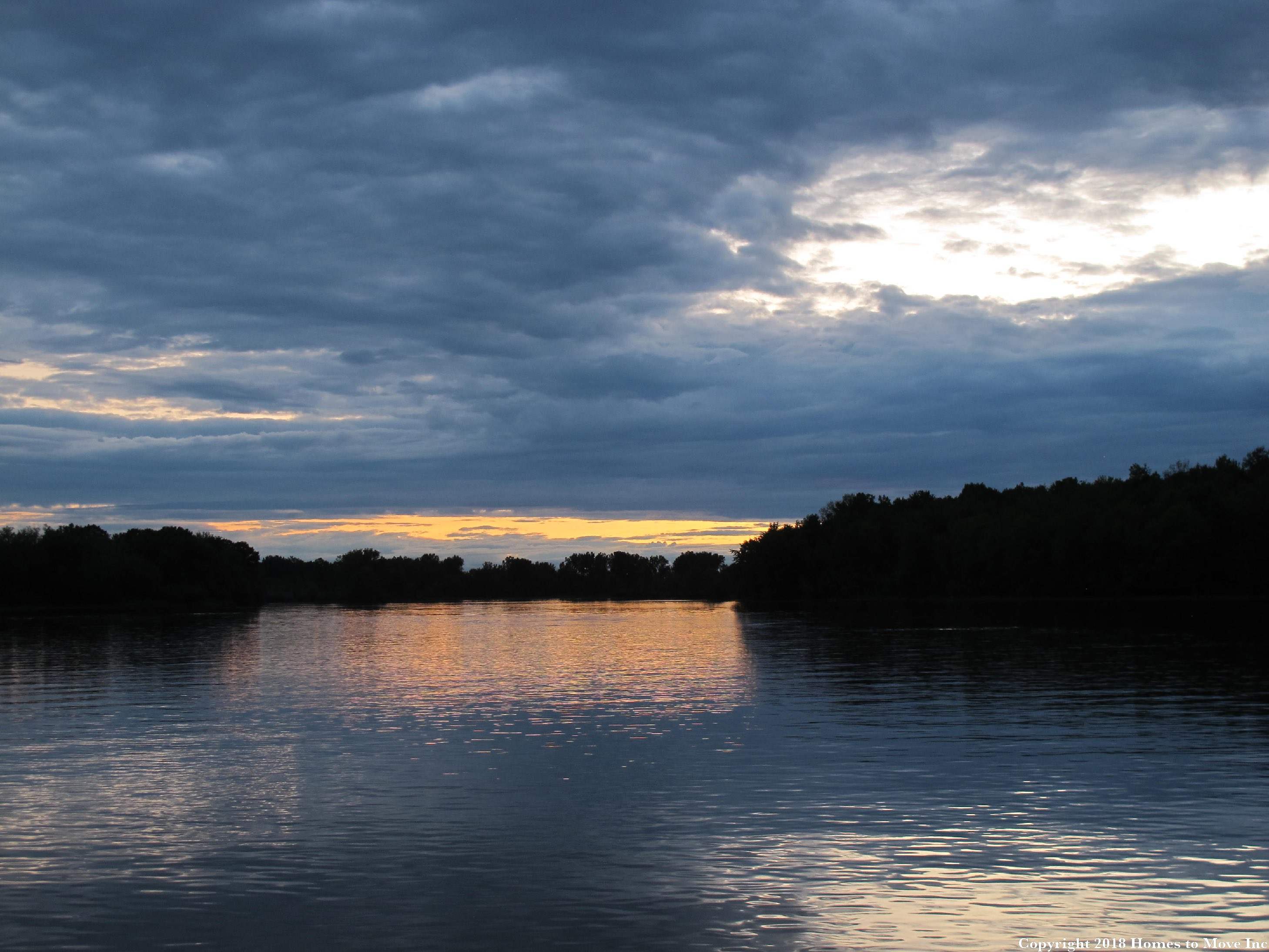 In the morning Currie was up early and went for a walk. Currie discovered the soul of Hawkesbury of this “tough biker community” is at the core the town’s hot bar.  For non-Canadian’s Tim Hortons is Canada Dunkin Donuts. With only about 4,700 locations it has little impact on the Canadian culture (e.g. about 1 store for every 7 Canadians it would seem). The ramble rousing bikers even wear helmets, apologize too much, kept stopping on the road and saying “no, after you please I insist”, then pardon me. 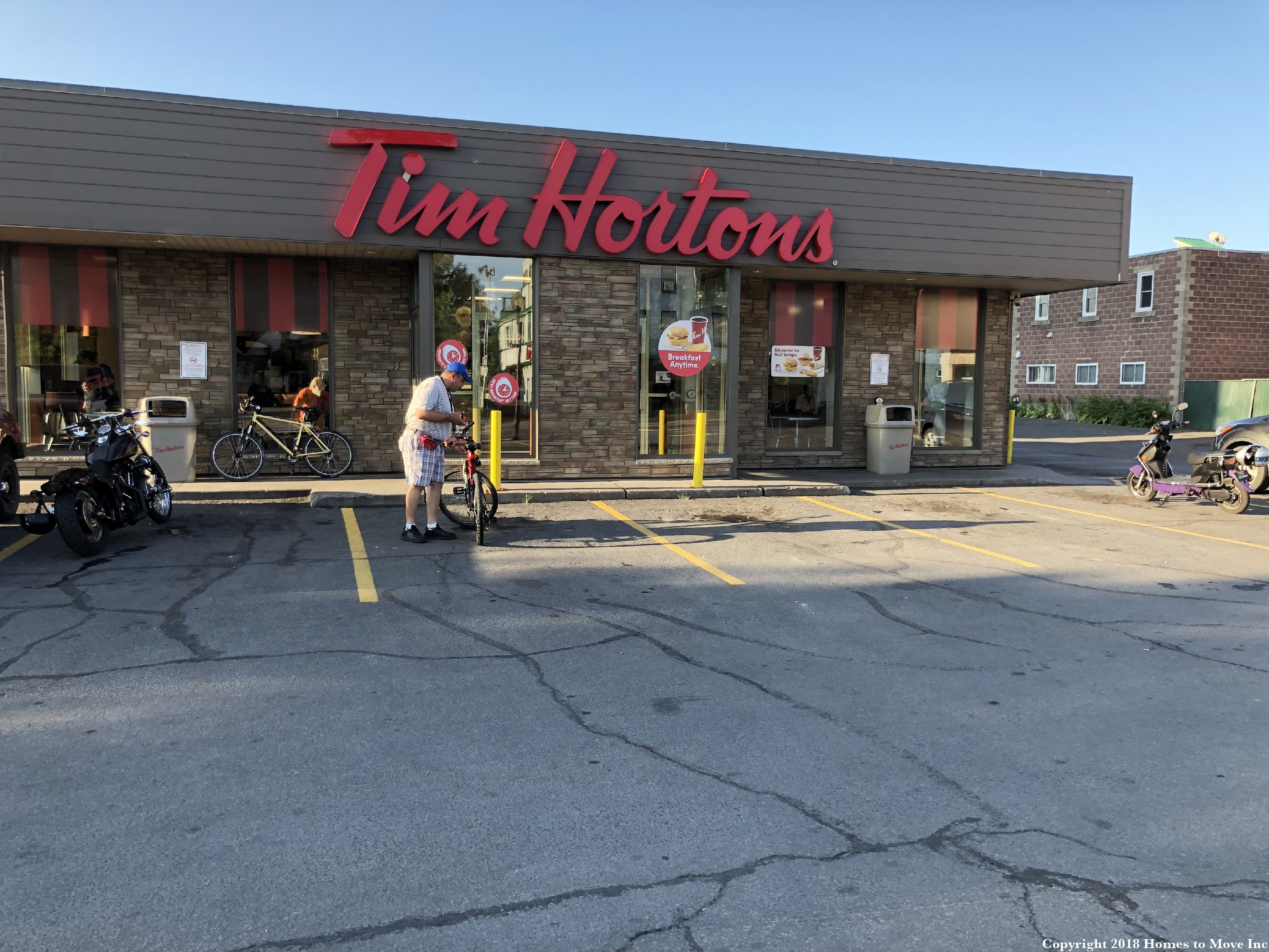 Fortunately, next door is a lovely church where the hard-ass bikers can plead for forgiveness. 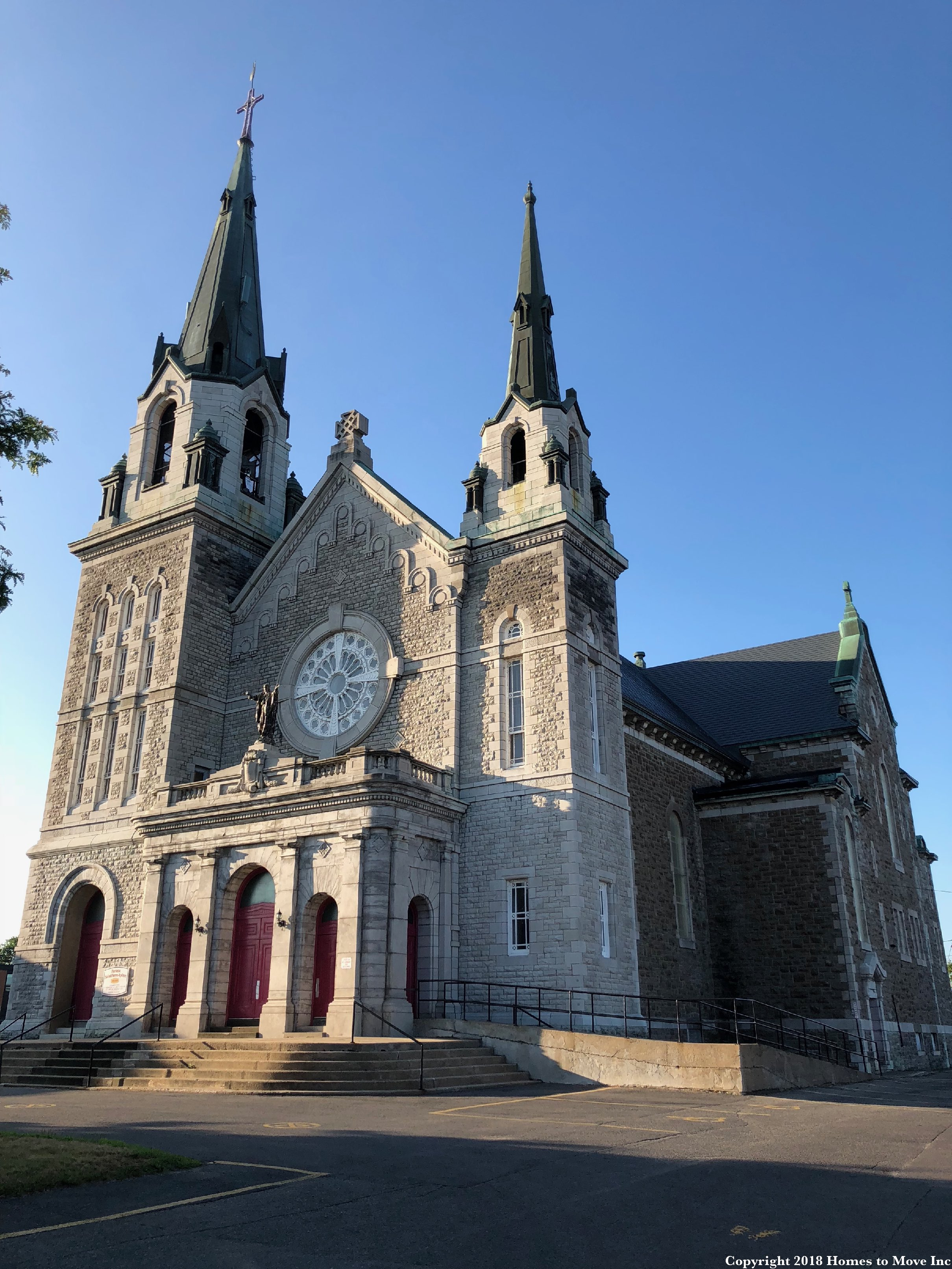 More pictures from the early morning talk, Try not to notice the changing red leaves. the other two pictures are just an early morning scene (middle) and a park with Cherish in the middle of a deep background. 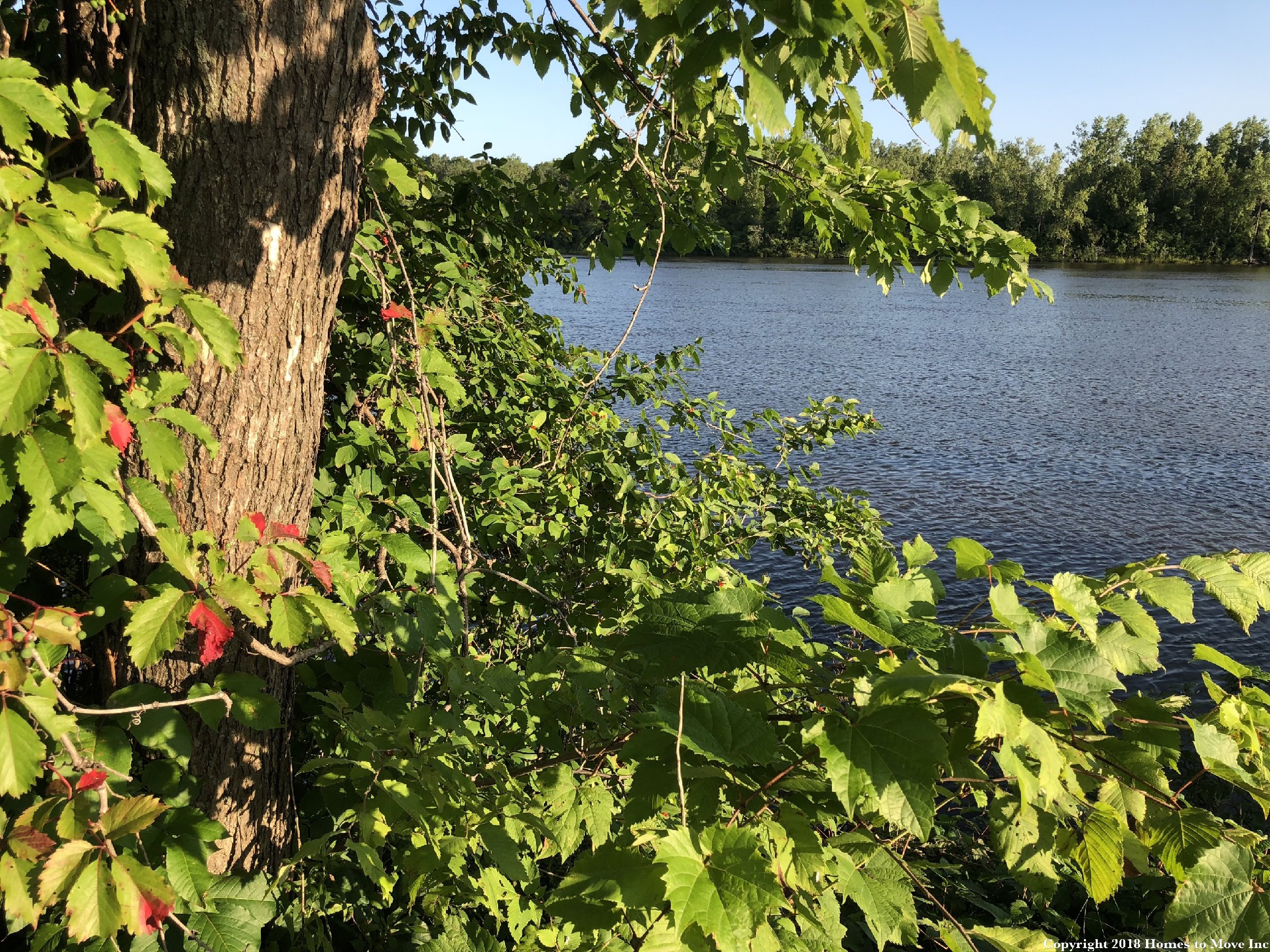 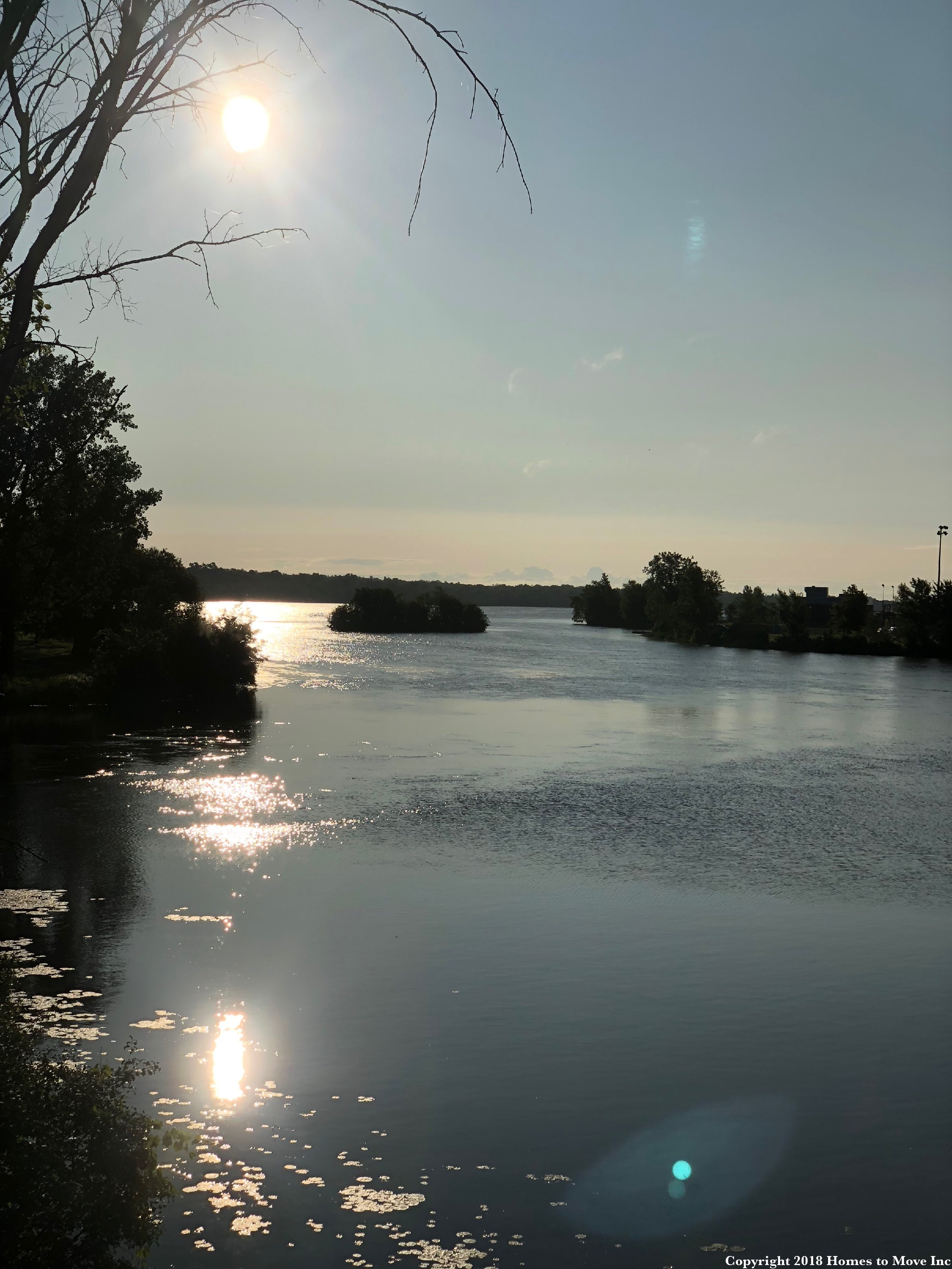 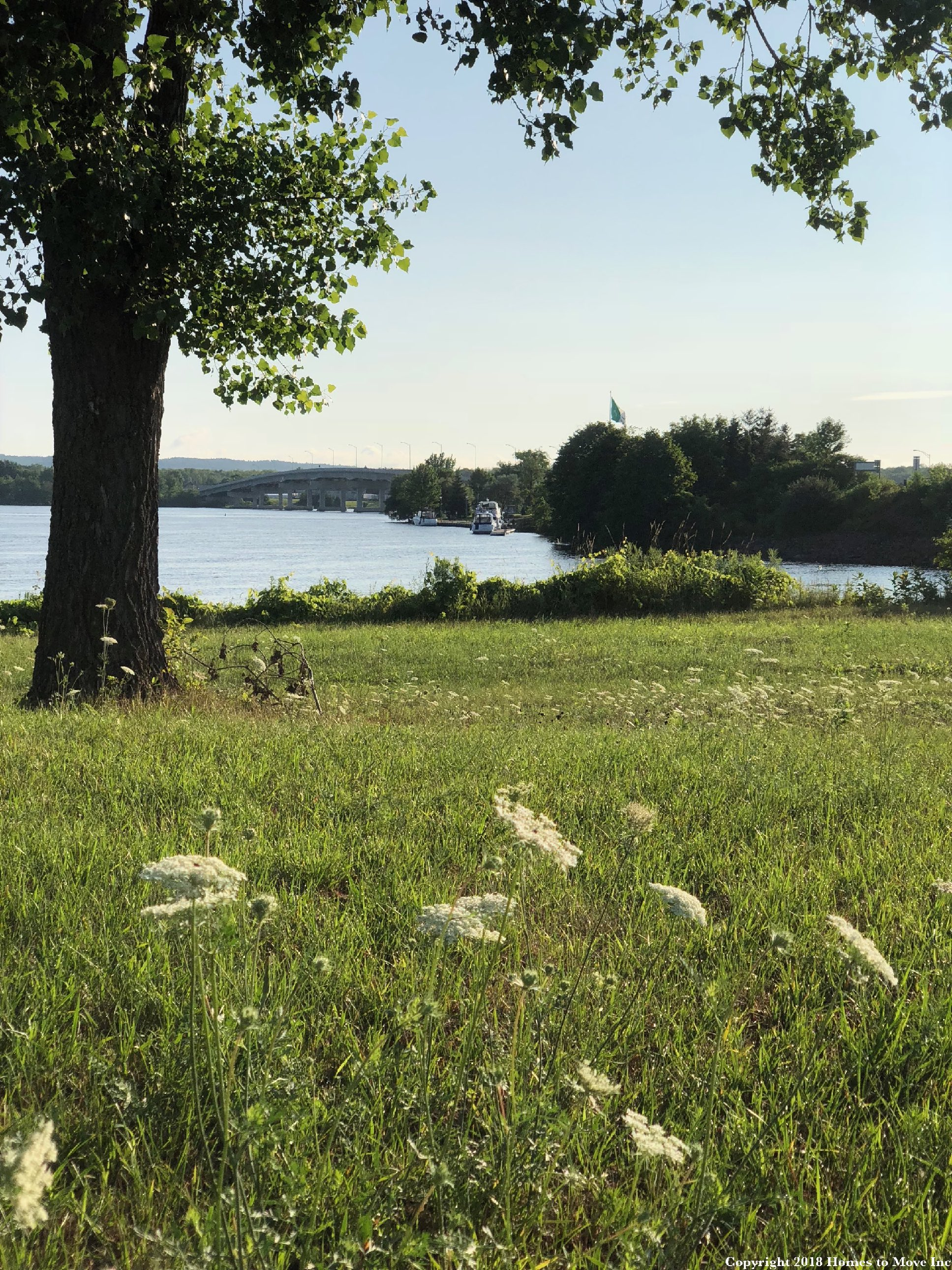 Pat and Steph enjoyed the local recycled art in the park. Also, this part of Canada is famous for its “Dirty 30’s” era folk art, shown on the right. 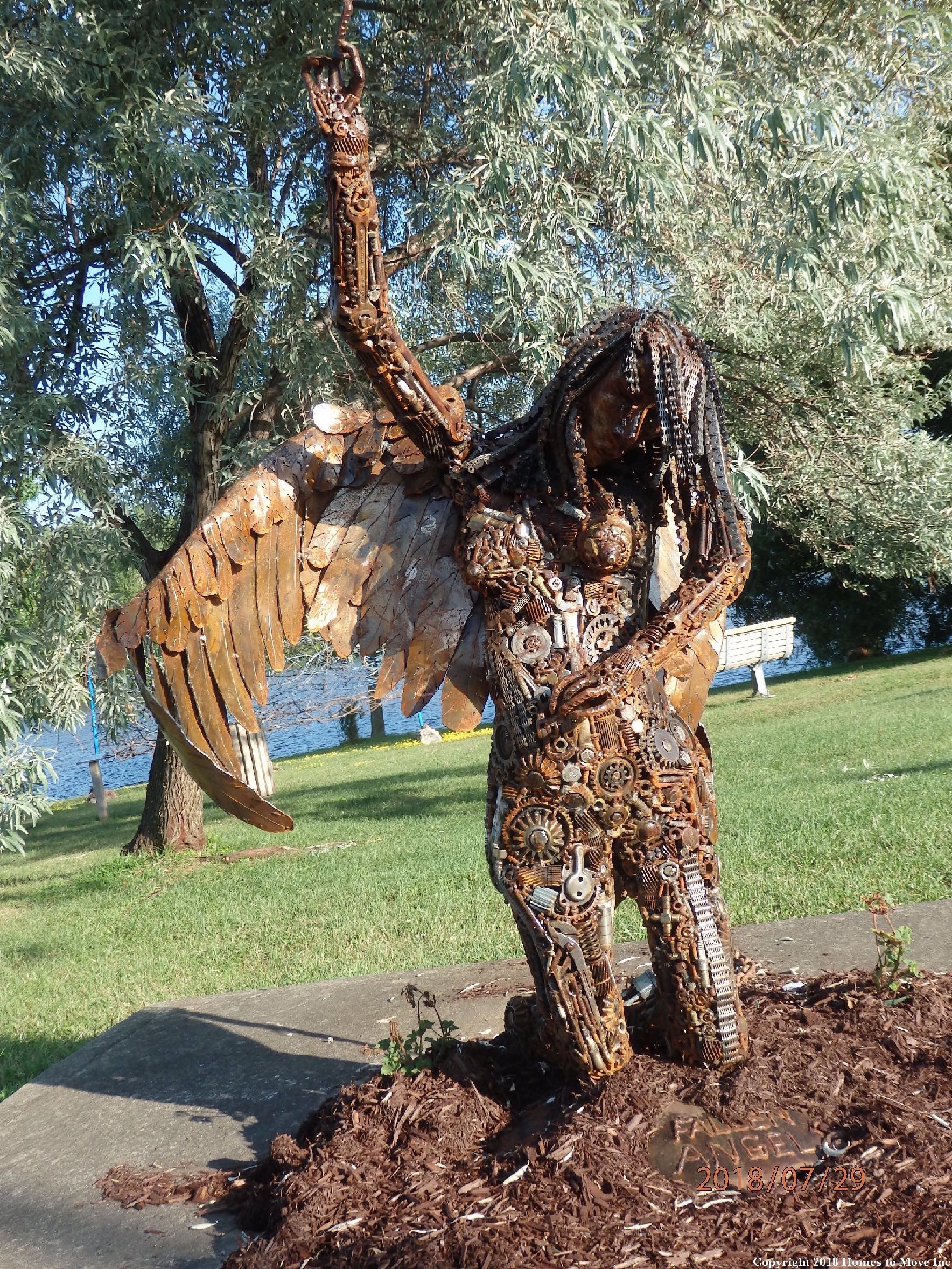 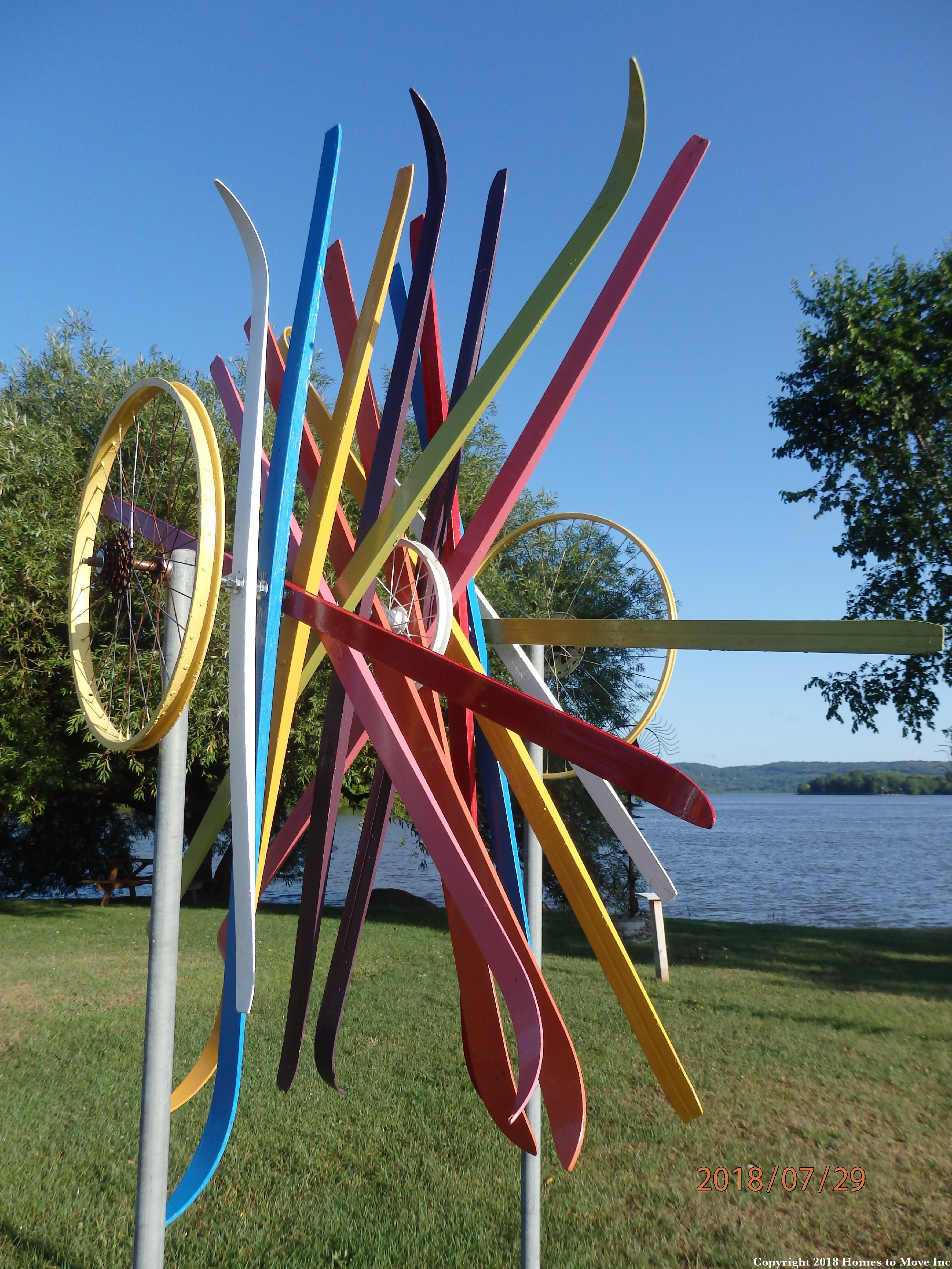 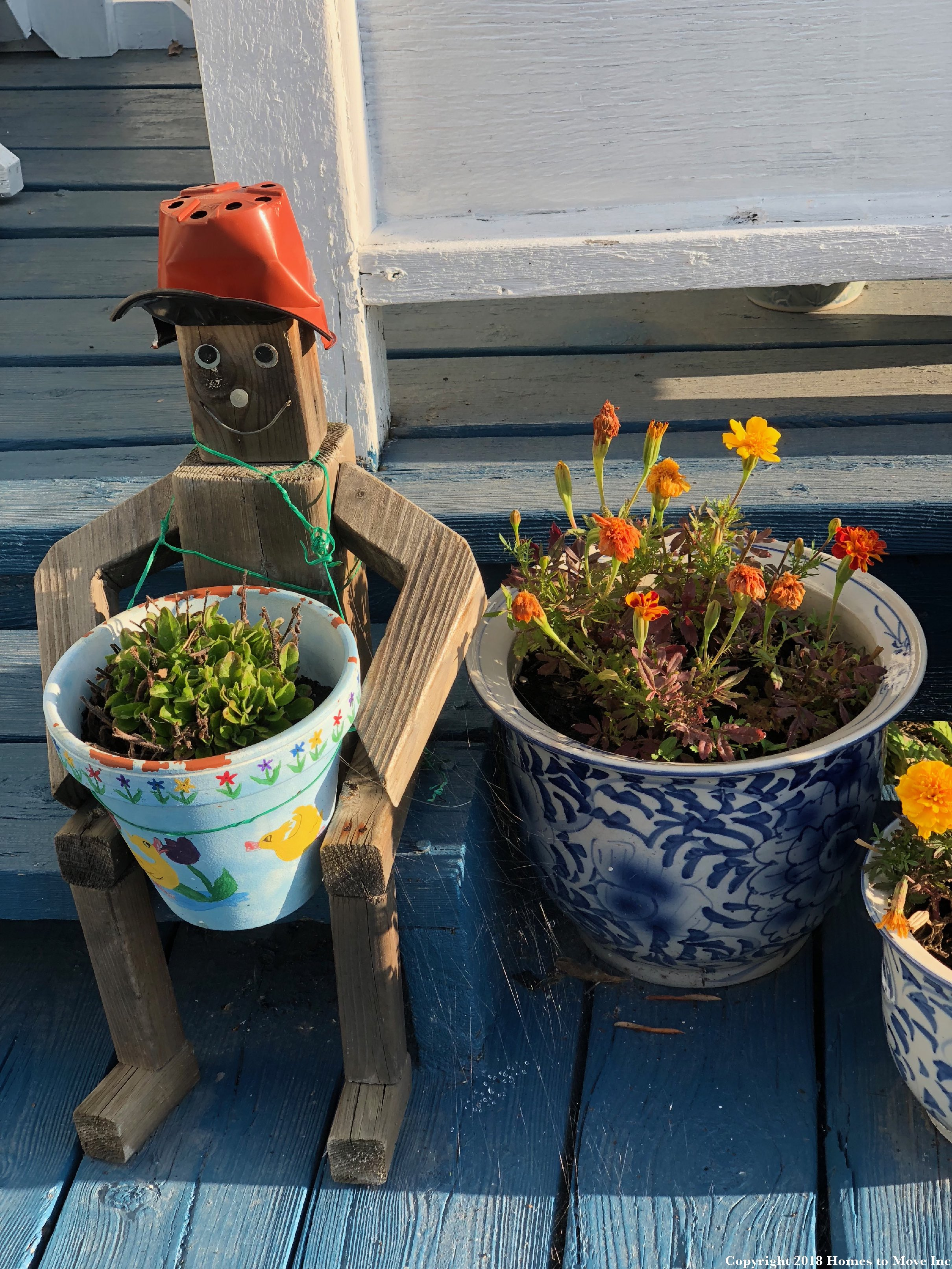 Last thing before heading out, Mark and Currie went for groceries via the dingy Fitz. Mark and Currie walked into town and Pat went exploring in Fitz as there was nowhere to lock up Fitz Pat had to tend to the tender. Hopefully Pat felt like a kid again, wandering around in a small boat in an interesting river with no one bugging or demanding he does this HR thing or the Budget thing.  Here is Mark looking for Pat’s return with some of the groceries in the foreground. We bought a lot of heavy things and carried them on the road down from the store to the bridge above Mark (that is casting the shadow), and then down to the river. 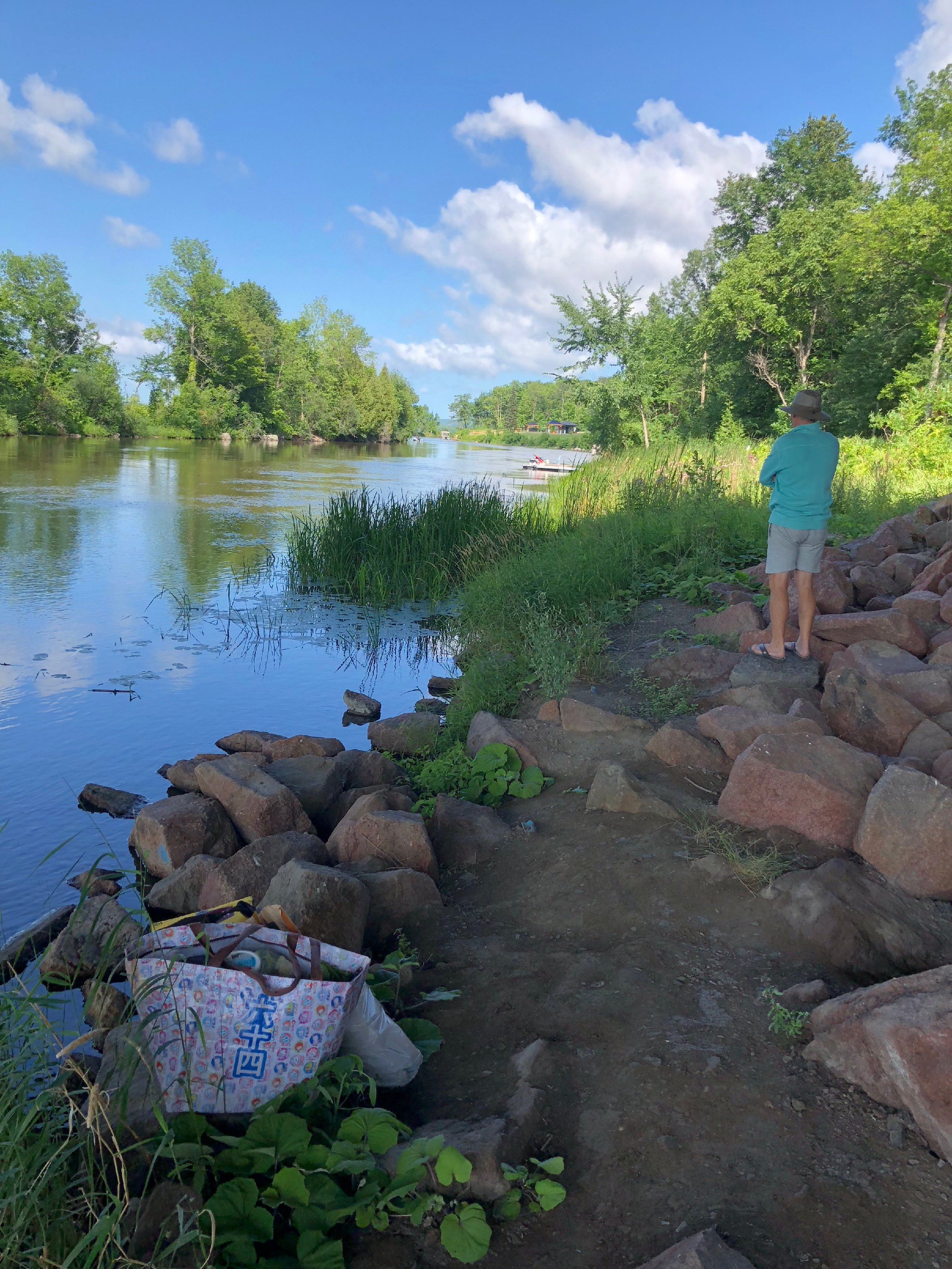 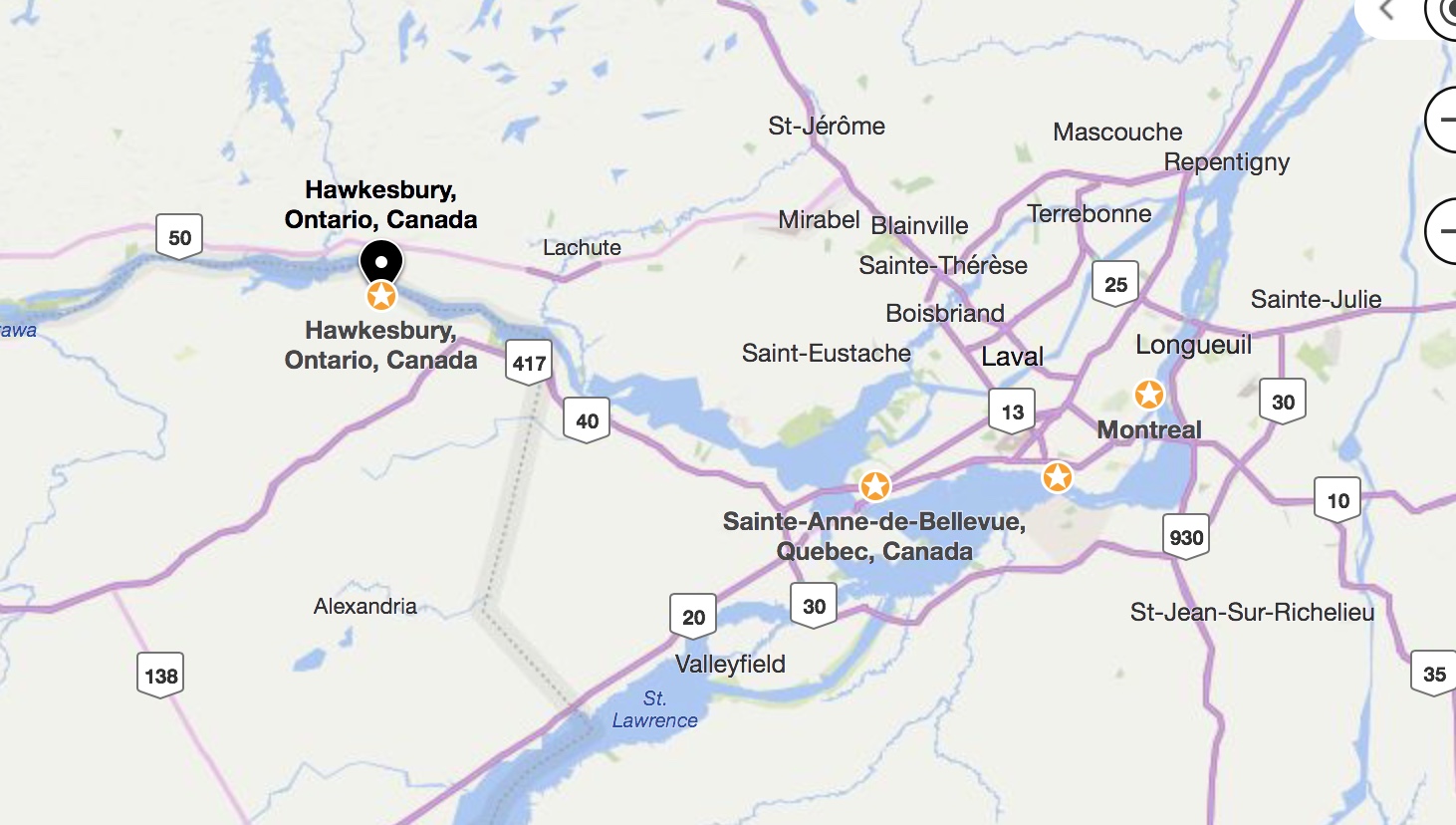